God has made us with a draw to be great and do great things. This is one of the ramifications of being made in the image of the God, the only One who is great and greatly to be praised.

Our resumes, our online profiles—they all boast our achievements.

And it makes sense. That’s what they were designed to do.

Our lives are whittled down to bullet points supported by photos, tweets, and descriptive hashtags. So it’s not surprising that strangers read a couple of sentences next to our names and feel they know us.

They watch as our lives progress.

The completion of the recent degree?
The birth of the newest child?
The new house or bargain find?

It’s all on display so others can see that #lifeisgood and we are #blessed.

Even if we missed out on the promotion, momentarily lost track of our kid at the store, are still living at home with our parents, but managed to save money on our car insurance policy, we want others to know we’re #successfullyadulting.

Our social media outlets are designed to convey the same primary message: We are great and greatly to be praised.

But in the countercultural kingdom of God, greatness is defined differently.

In Mark 10, Jesus gives an earth shattering lesson to His disciples who desired positions of prominence in His kingdom. The heir of all things teaches that despite the example of the culture, greatness is found in serving.

Then James and John, the sons of Zebedee, came to Him, saying, “Teacher, we want You to do for us whatever we ask.”

And He said to them, “What do you want Me to do for you?”

They said to Him, “Grant us that we may sit, one on Your right hand and the other on Your left, in Your glory.”

But Jesus said to them, “You do not know what you ask. Are you able to drink the cup that I drink, and be baptized with the baptism that I am baptized with?”

So Jesus said to them, “You will indeed drink the cup that I drink, and with the baptism I am baptized with you will be baptized; but to sit on My right hand and on My left is not Mine to give, but it is for those for whom it is prepared.”

And when the ten heard it, they began to be greatly displeased with James and John. But Jesus called them to Himself and said to them, “You know that those who are considered rulers over the Gentiles lord it over them, and their great ones exercise authority over them. Yet it shall not be so among you; but whoever desires to become great among you shall be your servant. And whoever of you desires to be first shall be slave of all. For even the Son of Man did not come to be served, but to serve, and to give His life a ransom for many.” (Mark 10:35–45)

In this exchange with His disciples, Jesus fields the request for a promise for promotion with gentleness and patience, diffusing any potential arguments among the twelve. Instead of scolding James and John for wanting to be great, He teaches them what greatness actually means and how to achieve it.

Beyond wealth, education, possessions, or accolades, Gods sees our greatness in service.

But Jesus called them to Himself and said to them, “You know that those who are considered rulers over the Gentiles lord it over them, and their great ones exercise authority over them. Yet it shall not be so among you; but whoever desires to become great among you shall be your servant.” (Mark 10:42–43)

In verses 42 and 43, not only does Jesus point out what is required to be great, but He instructs them as to how to properly go about qualifying for that greatness.

Instead of following the pattern of the leaders and officials that surrounded them, who were willing to push others down as they enjoyed their positions of power, honor, and rule, Jesus points them in a different direction. In the Kingdom of God, positions are awarded, but the pathways to the positions requested by James and John came through their acceptance of the cup Jesus would fully consume.

Jesus also teaches that in serving others, there is a correct way to serve.

We don’t become great because we do the right actions. Rather the One who looks beyond the outward appearance and into the heart of every person calls us to a place of humility, worked out and honed through our times of serving.

A desire for greatness is innate. God has made us with a draw to be great and do great things. This is one of the ramifications of being made in the image of God, the only One who is great and greatly to be praised. Like children who observe their Father and want to be like Him, we too have that yearning built within us.

But true greatness and exaltation come with a price and that price is encountered as we travel along the pathway of humble servanthood. Instead of wanting to be great in this age in order to have others marvel at what we’ve achieved, we can use our greatness to make others great. We can find comfort in our hope of greatness in the age to come and humble ourselves, preferring others before ourselves. He will exalt us in due time. (James 4:10)

Like our Savior, who withheld nothing, pouring Himself out to teach, train, lead, and restore those around Him, even when it led to a shameful death on a cross, we too can give of ourselves and invest our lives so that others would also be able to grow and thrive in God’s presence, knowing their Maker.

At that time the disciples came to Jesus, saying, “Who then is greatest in the kingdom of heaven?”

Yes, be great. Be like Jesus in a broken and hurting world.

Humbly serve others the Lord has placed around you in your sphere of influence.

In your workplace, at your church, during your Bible study, at the grocery store, in your marriage, among your teammates, in your neighborhood—the Lord has a pathway toward greatness for you. But many times those opportunities for greatness come in small runny-nosed packages, hard work, ill-timed interruptions, and the simple, repetitive actions of household chores.

Let this mind be in you which was also in Christ Jesus, who, being in the form of God…made Himself of no reputation, taking the form of a bondservant, and coming in the likeness of men…He humbled Himself and became obedient to the point of death, even the death of the cross. Therefore God also has highly exalted Him and given Him the name which is above every name, that at the name of Jesus every knee should bow, of those in heaven, and of those on earth, and of those under the earth, and that every tongue should confess that Jesus Christ is Lord, to the glory of God the Father.” (Philippians 2:5–11)

Long to Be Great—God’s Way

As we accept God’s invitation for greatness, we enter the reality of what He’s doing and what He’s offering us.

Far beyond the life boasting the six-figure salary or a minimum wage, the Ph.D or a GED, the latest Tesla or a monthly bus pass, Grammys, Pulitzers, or even Teacher of the Year, God uses His distinct measuring stick for determining greatness.

In this life there are opportunities to be and achieve great things, but His opportunities to serve are designed to launch us past our day-to-day and into the fullness of the ultimate reality of greatness in the kingdom. God is a rewarder and His nature is to reward—not flippantly, but lavishly, based on how we love Him in this age. He will review our lives and, in His grace, He will judiciously reward positions to us based on our response to His kingly leadership over our lives.

Let us answer that internal drive for greatness by pursuing God’s design and will for our life. Through our specific skill sets and talents, the Lord will lead us to love and serve others for His glory, both for our benefit and for the benefit of the body, knowing that what Jesus said to the crowd is what will be true for us:

“Assuredly, I say to you, among those born of women there has not risen one greater than John the Baptist; but he who is least in the kingdom of heaven is greater than he.” (Matthew 11:11)

For more reading on this topic, see The Seven Longings of the Human Heart, by Mike Bickle with Deborah Hiebert. 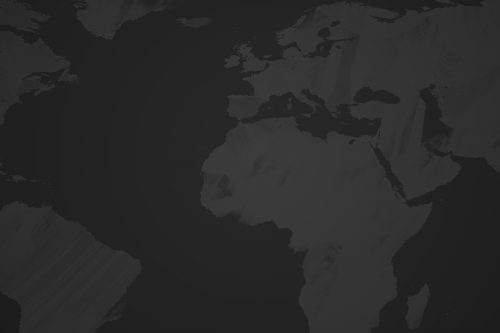 Why I Am Talking about the Growing Crisis

Increasingly today, the nations are raging against God's ways, but He has given us His presence and Word to know how to respond. 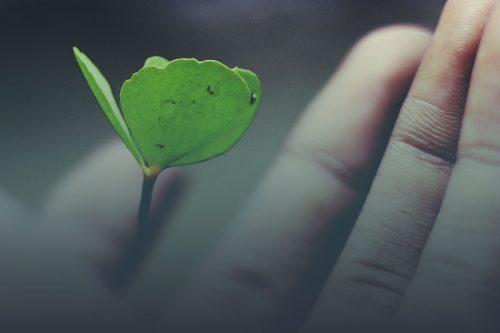 Looking to God for the New

As children of God we actually don’t need a Control+Z button, because we have God. 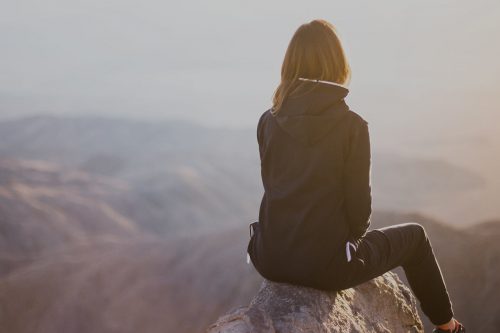 In this life women face many disappointments, but Jesus has a plan that He is actively bringing about as He ushers women into their destiny in the Kingdom.