Although rejection is a common occurrence in this life, we have a cure for its painful sting in the One who has drawn us into covenant. He sees all, knows all.

Our Balm for the Sting of Rejection

Warnings are vital. They prepare you for what’s to come and can reroute you toward safety to help you avoid danger or even make better plans.

Jesus issued many warnings to His followers.

In His compassion, He never shied away from truth.  He spoke plainly many times, wanting to prepare His disciples for what lay ahead.

“If they persecuted Me, they will also persecute you. If they kept My word, they will keep yours also. But all these things they will do to you for My name’s sake, because they do not know Him who sent Me. If I had not come and spoken to them, they would have no sin, but now they have no excuse for their sin.

“He who hates Me hates My Father also. If I had not done among them the works which no one else did, they would have no sin; but now they have seen and also hated both Me and My Father. But this happened that the word might be fulfilled which is written in their law, ‘They hated Me without a cause.’” (John 15:18–25)

Our great High Priest, the One who is well acquainted with us and our weakness, is familiar with our experiences of rejection. We can take comfort in this truth. Jesus has experienced what it’s like to be rejected by men, to be counted out, to be unwanted, to see a quick demise to the midst of popularity surrounding His earthly ministry.

There had been a time when others had flocked to Him, seeking miracles, food, notoriety, or even entertainment. But at the end of His life, amid two thieves, the Lamb slain before the foundations of this world kept His focus on His future as He entered that familiar terrain that He was accustomed to inhabiting—rejection.

Hunted by King Herod as a newborn, attacked and demeaned by His elders during His ministry, He was slandered and plotted against, and in the moment of His death, He was mocked by those with military control, and separated from His Father. It may seem shocking, but the One who endured rejection throughout His life on earth, identifies with His followers when we’re rejected, not because of what occurred during His time on earth, but because this is what He still experiences on a daily basis.

Even though Jesus is King of kings, Lord of all lords, and the greatest of the great, He is still the one Isaiah referred to in chapter 53 as despised and rejected by men. We respect our King, we follow Him. But at times we overlook the truth that He is a King appointed by God, not a leader elected by popular opinion. This truth further underscores the stability of our future and is a clear indicator of the impending arrival of His Kingdom. Jesus has all power and all authority. And yet, He is constantly rejected, slandered, maligned, mocked, and abhorred on a daily basis.

When we are rejected because of our faith, we are following in Christ’s footsteps. Whether the hurt comes from a family member, friend, loved one, or acquaintance, the Lord is present and is prepared to carry us through the difficulty.

“Blessed are those who are persecuted for righteousness’ sake, for theirs is the kingdom of heaven.” (Matthew 5:10)

The rejection still hurts, but the Lord makes it clear that it is not to be a surprise to us.

Amidst the hurt and rejection of those closest to us, we have a Father who accepts us, a friend who’s lived though and identifies with our pain, and a Comforter who desires to bring us into healing.

Our God has continually proven His desire and ability to choose the small and weak things of this world to confound the wise. The One who chose David when his resumé was sparse, who called to Peter when his best efforts were lacking, and reached out for Paul when his reputation was the antithesis of holy, also chose you. Time and time again Jesus reaches out to every heart knowing there is a chance He may be rejected, but that doesn’t keep Him from asking. Our God asks and keeps asking.

He is so unlike us.

When we’ve been wounded there is always temptation to draw back, to view the offender as an opponent, an enemy. We reinforce the doors that keep others out as we reassess who needs to have access to our hearts.  Self-preservation sets in as we seek a place of safety. We nurse the pain and justify the distance.

Although boundaries are healthy, bringing our emotions and wounded hearts before the Lord in order to receive healing must be the main focus. He alone is our place of safety. While keeping others out may prevent that person from causing further wounding, it’s not going to guarantee healing or that someone else won’t injure that same area.

In areas of hurt, even experiences that have happened long ago, there is discomfort and pain, but there is also opportunity for a cure to be applied to the problem. As followers of Jesus we are in covenant with a Redeemer who is able to transform every situation as He cleanses us, heals us, and makes us whole.

As followers of Christ, we are in relationship with the Trinity, are able to enjoy unhindered access to Almighty God, and this changes everything.

We Have a Father
God is clearly a creator. It’s obvious. We see it all around us season after season, all around the world—in the sky, the sea, the vegetation. But before God ever created any of those things, He existed outside of time as a Father.  This powerful God calls Himself our Father. When others reject us and rebuff us, we can remain confident in the One who chose us before the foundations of the world to be holy and blameless before Him.  When others desert us, our Father remains unshakeable, lifting our heads to see His character has not changed. Even in the aftermath of rejection, He is for you and no one can be against you.

The future He has secured for you is to still available, even in the midst wounded emotions. His desire for His children to overcome and walk in wholeness and healing is what He offers to anyone who has called upon His Son. The God who can do anything, and make anything, desires you and desires to love you through the good, the bad, the painful, and disparaging moments of life.

We Have a Friend
Our God has promised to never leave or forsake us. In those moments when the very real sting of rejection arises, we can remember our Savior’s words. He gives beauty for the ashes of lost relationships, dead dreams, trampled aspirations, and hope that seems to have been deferred and strangled by circumstances. Jesus binds up broken hearts. This is His area of expertise. His healing hands are always extended and available to His followers, inviting us to come to Him when we are weak and weary and receive His rest. Jesus’ compassion and desire remains to set all things right and that includes our emotions, perspective, and relationships.

We Have a Comforter
The third member of the Trinity is not only powerful, but remains our fearless ever-present help during the most trying times. He makes Himself readily available to teach the followers of God, reminding us of all that Jesus taught. He also calls Himself our counselor and Helper. In times of very real pain and turmoil He stands ready to remind us of truth, and shine light on the pathway of healing. He reassures us. Even when others condemn us and back away, He remains steady, committed to guiding us into all truth. He is with us. When others hurt us, reject us, and leave us, He continues to joyfully reside within, bringing the healing balm of truth to our souls and enabling us to love like Jesus, despite trauma and setbacks.

Although rejection is a common occurrence in this life, we have a cure for its painful sting in the One who has drawn us into covenant. He sees all, knows all. He was present when harsh words were spoken and when relationships were broken beyond human repair.

In those moments, when we were unwanted by others, we’ve always been wanted by God. He created us because He wanted us. When we’ve been rejected by those we’ve loved most, Jesus reminds us that we are fully accepted by Him. When we cease to be enough for others, our Father speaks words of truth over our hurting hearts. His Spirit reassures us of truth, “even before time, you were all I ever wanted.” 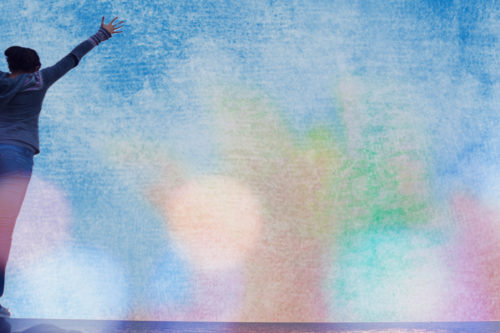 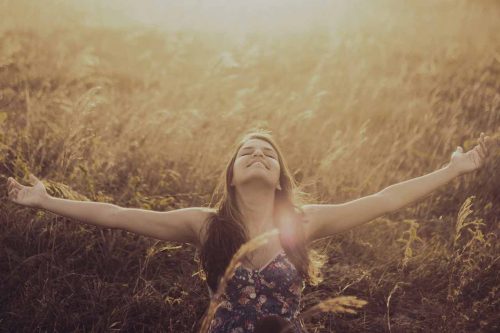 Finding God in ordinary tasks such as our schoolwork or job may not sound easy, but it can shift your perspective and grow your walk with God. Whether you're a busy mom or working 60-hour weeks in business, you'll want to read this latest blog from Dr. Charles A. Metteer. 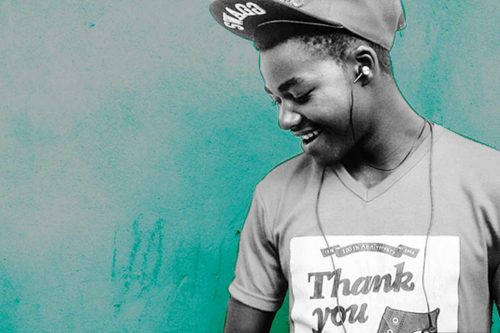 Raising teenagers is tough. Any parent can tell you that. Their emotions are volatile. Their passions change almost daily. And…