With His Spirit inside of us, His promises before us, and His Word in our mouths, we are able to speak truth and see God transform minds, lives, and hearts.

Created to Be a Voice

We know the verse well. Genesis 1:26 details God’s desire to create man. “Then God said, ‘Let Us make man in Our image, according to Our likeness’ . . . So God created man in His own image; in the image of God He created him; male and female He created them.” (Genesis 1:26–27)

And yet, as divine as our creation was, we relegate that awe-inspiring moment to Adam and Eve. We often see our lives as routine as we go about our busy schedules. And as mundane as life can sometimes feel, it can be awe-inspiring to stop and think that the God who made the universe decided to make you before He made the world.

For You formed my inward parts; You covered me in my mother’s womb. I will praise You, for I am fearfully and wonderfully made . . . Your eyes saw my substance, being yet unformed. And in Your book they all were written, the days fashioned for me, when as yet there were none of them. (Psalm 139:13–16)

Not only was the creation of a man priority, but it was done with forethought of what will be ours in eternity.

Blessed be the God and Father of our Lord Jesus Christ, who has blessed us with every spiritual blessing in the heavenly places in Christ, just as He chose us in Him before the foundation of the world, that we should be holy and without blame before Him in love, having predestined us to adoption as sons by Jesus Christ to Himself, according to the good pleasure of His will, to the praise of the glory of His grace, by which He made us accepted in the Beloved. (Ephesians 1:3–6)

God, who sees the end from the beginning and existed before time began, made man with an identity, a purpose, and a destiny. And He didn’t just make man as a small part of His plan, but as a major component that reveals who He is to creation. This plan was a wide net thrown out into the sea of humanity, with the dedicated patience of a solitary fisherman, watching and waiting with his best bait to entice each fish, bring it near, and whisper words of identity, destiny and purpose to each one.

It is only by knowing whose we are that we will know who we are.

It is only when we come close to Truth that we are able to see, hear, and experience reality. Truth shakes our perceived identities, our well-placed smiles, and ulterior motives like a miner panning for gold. Cracks in the facade lengthen and widen as we encounter the truth that we were made for more. We learn that God didn’t just make man in His own image, but He made me in His image to do great meaningful things with Him that will last and resonate into eternity. My desire to experience a fulfilling life and impact others was God’s desire for my life before it was ever mine.

“Beloved, I pray that you may prosper in all things and be in health, just as your soul prospers.” (3 John 2) In order to hear this truth, we must come close to our Maker. “Draw near to God and He will draw near to you.” (James 4:8)

When Jesus walked the earth, he made profound statements concerning His purpose. Not only was the Son of God secure in His identity, but He spoke openly and regularly about what He was sent to do. His time of ministry was strategic, devised with the specific goal of reconciling God and man.

Throughout His ministry, Jesus was clear.

He has sent Me to heal the brokenhearted, to proclaim liberty to the captives
and recovery of sight to the blind, to set at liberty those who are oppressed. (Luke 4:18)

The Son of Man did not come to be served, but to serve, and to give His life a ransom for many. (Matthew 20:28)

With such clarity—in His early 30s and in the power of the Spirit—the Lord Jesus accomplished what He was sent to do, as He walked in fellowship with His Father. He proclaimed over Himself that “I only do what I see my Father do” and “I only say what I hear my Father say.”

Just as Jesus walked with the Lord, fearlessly speaking truth to His elders, strangers, and those in His community most resistant to the gospel, He has equipped us today to walk in that same ability—to pick up our cross and follow after Him.

With His Spirit inside of us, His promises before us, and His Word in our mouths, we are able to speak truth and see God transform minds, lives, and hearts.

The Lord says that His Word is not only powerful, but that it doesn’t return to Him empty or void.

My word . . . that goes forth from My mouth; it shall not return to Me void, but it shall accomplish what I please, and it shall prosper in the thing for which I sent it. (Isaiah 55:11)

There is inherent power in God’s word.

All Scripture is given by inspiration of God, and is profitable for doctrine, for reproof, for correction, for instruction in righteousness, that the man of God may be complete, thoroughly equipped for every good work. (2 Timothy 3:16–17)

And when we speak it, the power in the words actually affects reality. When God’s power is combined with our faith at the speaking of His word, we can see things change around us.

Jesus said, “The words that I speak to you are spirit, and they are life.” While others were separating themselves from Jesus’ teaching after initially following Him, Peter agreed with Jesus, saying “Lord, to whom shall we go? You have the words of eternal life.”

His words bring freedom and clarity, healing and hope, and transformation and renewal. In areas in which people have harbored bitterness, the Word cuts away wrong ways of thinking, brings healing and restoration to emotions and mindsets that need cleansing. For those who have been bound in fear and unbelief, the Word can settle emotions, bringing freedom and understanding of just how trustworthy and faithful God is and will always be.

The Lord made us with a purpose, and as ambassadors of Christ, we have the right and the authority to speak out His truth to those who are hurting, broken, far from the Kingdom, and in desperate need of His truth and love. Like Moses, Jeremiah, David, and Esther, the Lord has given us each a voice to speak truth in times and seasons when it is most needed.

Walk forward in faith, receive the words the Lord has for you to speak over those He’s placed in your sphere of influence, that His name would be glorified and His Kingdom advanced through you.

What was one of the most memorable times the Lord used another believer to speak truth over your life?

If you are seeking a place to to encounter Jesus’ presence and become His voice with thousands of other lovesick worshipers, we invite you this year to Onething 2016, Dec. 28–31, in Kansas City. 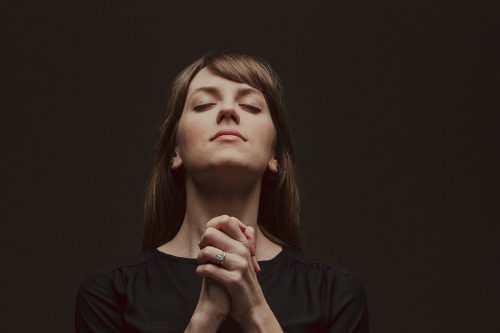 Surrender flows as we begin to trust our heavenly Father, who is all knowing, the very definition of love, and always has our best interest at heart. 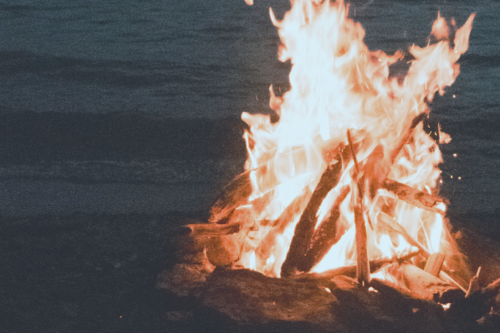 Stirring the Fire of First Love

Do you feel your love for God is growing cold? Good news—Jesus has great zeal to restore your passion and bring you into a place of abundance! 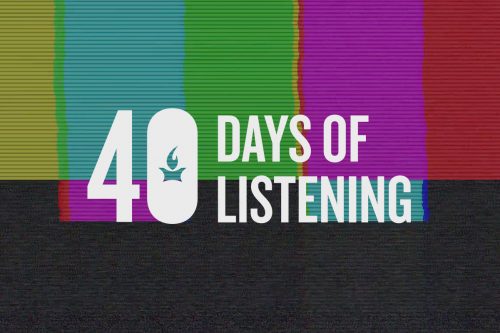 We don't want to miss Him in this hour, so we're taking a break from our normal rhythms to seek Jesus first over all things.