Our end goal is that people would grow in treasuring His Word, enjoying prayer, and loving His return.

Cultivating a Lifestyle of Prayer: Matt Candler Shares about Intro to IHOPKC

by Adam Wittenberg
12/12/18 Training and Events

Matt and Dana Candler helped start IHOPKC back in 1999 and have been part of the ministry ever since. They now direct the Intro to IHOPKC internship, which helps singles, couples, and families of all sizes cultivate a lifestyle of prayer.

In a recent interview, Matt shared his passion for helping men and women grow in a lifestyle of prayer emerging out of intimacy with Christ.

Question: What motivates you to lead Intro to IHOPKC?

Matt: I count it a privilege and a great joy to bring people into a lifetime of prayer and friendship with Jesus through the short, but concentrated, timeframe that we’re together.

A story that illustrates this is when David Sliker described to me how being from New York he would many times take people to see Niagara Falls. If you just go by yourself, there’s this ceiling of personal experience; but when you bring others there for their first time, you get to relive that experience over and over again, in a fresh way. And that’s a little bit of what I enjoy—I get to experience the power of the truths of the beauty of Jesus seen and experienced in the eyes of others over and over again. It keeps me connected personally to Jesus as my first love.

Matt: Intro is a six-month training program to launch people into a lifetime of prayer and friendship with Jesus.

The number one reason people come to our program is to encounter God—there’s something intuitive to most people’s souls that the way to encounter God is in the place of worship, prayer, and His word. It’s the 24/7 prayer sanctuary that is a real magnet and pull to people to say, “That’s where I want to encounter God.” And that’s what happens.

A third reason why people come (and if they don’t come on the front end for it, they definitely get connected to it once they’re here) is actually for others—meaning, they want to be equipped in different expressions of prayer and ministry training, so that they can serve others, whether in their own families, their own church, or their own ministries.

Q: Who is Intro for?

Intro is for single and married people of all ages. The majority of Intro interns is typically made up of those 25–50 years old, though we’ve had 18-year-olds, and we’ve had 60-year-olds, single and married, and married with kids, because we have a phenomenal children’s track that allows families to have their kids not just babysat, but equipped in an age-appropriate expression of the curriculum.

Q: Who would benefit from doing it?

Intro is for a person that wants a concentrated season to encounter God, to grow in passion for the beauty of Jesus, in enjoying prayer with others, and in understanding the pillar of His return—Jesus’ story and the climax at His return, and how He’s leading history. Our end goal is that people would grow in treasuring His Word, enjoying prayer, and loving His return. That’s our aim, desiring to do it in the context of a family going together.

I say this in every internship: We don’t succeed if people leave with a memory of a great prayer season in their life. We succeed if we strengthen them in a lifestyle of prayer, that they can take with them wherever God has them, whether that’s in the marketplace, the home, or the ministry. So one of our values is to strengthen that lifestyle while they’re here, and to make it as easily transferable to the next season of their life as possible; and our curriculum is set up to accomplish that goal.

Q: How would you describe the curriculum and daily activities?

Matt: The simplest way to equip someone for Intro is to say that it’s similar to doing a six-month mission trip. Oftentimes when people sign up for a short-term mission trip, they are preparing emotionally for going to be in a new context and culture. Things are going to be different from home. They’re going to be on mission, with people that they likely don’t do everyday life with, and there are glorious realities and challenges to that. So they prepare for that in their mind. Typically, when people go on a mission trip, one of their mindsets is: I don’t know quite what to expect. I’m just open to the Lord, I want to be used by the Lord.

The schedule is really a “taste-and-see” of the life of an intercessory missionary, or an occupational intercessor. We spend about half the time in the place of prayer, and the other half of our time together in ministry training, equipping, and community. And it is a full-time schedule. Some people ask if they can have a full- or part-time job, and the answer is actually no.

Q: What are the ministry training and service opportunities?

Matt: Our interns have regular opportunities to serve the inner-city poor as well as participate in prophecy, healing, and evangelism teams, and serve in the Children’s Equipping Center (CEC). There are also end-time study groups, as part of the Center for Biblical End-Time Studies (CBETS).

Q: How is the program divided into two three-month tracks?

Matt: We have one program— if you can’t do all six months, you can do the first half, and do the second half later. We have three tracks per year. January 15th is the next start date.

Q: What would you say to people who are considering coming?

Matt: Some of the questions we often get are: Do people really take six months of their lives? How do they push pause on their jobs? How do they make this work with family? And regarding the seeming costliness—because it is a cost of time, money, relationships, etc. to come—the consistent result of those that do come is, they say, that the benefit far outweighs the cost of what they had imagined it was going to be.

I would encourage every human to take a few seasons during their life to focus in a concentrated way on their relationship with God, the Word, and prayer, regardless of where it is. Just to do that. And I would greatly commend them doing that in the context of night-and-day prayer at IHOPKC.

Our staff has tasted and seen of the beauty of Jesus and have grown in their skill to facilitate others to encounter God the way that they have. The example that we seek to emulate is that of John the Baptist, in the sense of seeing ourselves as friends of the Bridegroom, friends of Jesus, the beautiful God, who have heard and rejoiced in His Word and want to facilitate the bride and the Bridegroom, the people of God and Jesus, entering into deeper relationship and intimacy. Our dream is to facilitate people’s connection with God and then get out of the way.

In the internship, you really get to know people at a deep level, because you are praying with each other and doing life together for 50 hours per week. [Over the six months], lifestyle practices get to be worked out, and you get to do it within the strength of a community of like heart and mind.

Have you considered taking a prolonged season to focus on your relationship with God?

For those desiring a place to encounter the Lord in prayer, fellowship, and service, we invite you to the Intro to IHOPKC internship. Join with other believers for an extended season of seeking the Lord, meditating on His beauty, and gaining vision for your next steps. Intro to IHOPKC starts January 15. Learn more >> 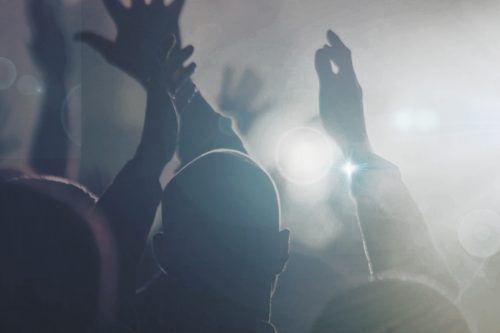 I was struck yet again with the power and beauty of a people gathered at three o’clock in the morning to worship the Lord and minister to Him. 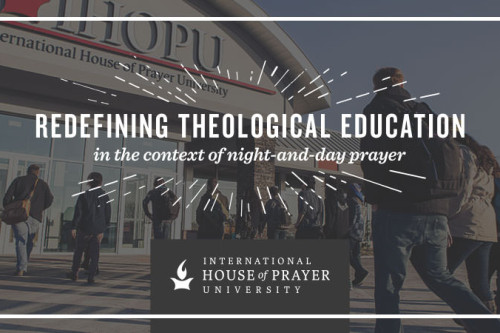 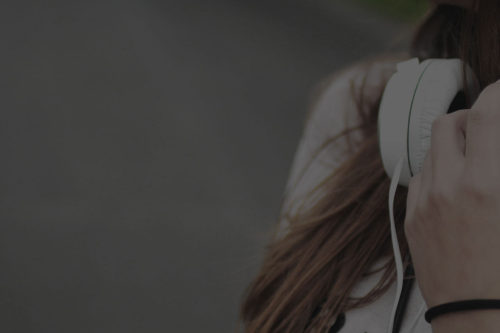 The Call to Be a Voice

Will you speak into the darkness with the voice of Jesus? That is His call.