One thing we clearly know as Christian women—having Christ doesn't mean we have it all together. And maybe this is the year we realize that our Father doesn't even expect us to.

A quick read through the book of Exodus and one thing becomes abundantly clear—God is powerful and great, and His people do not know Him.

For those the Lord rescued from Egypt, there was never a time when they didn’t equate their life with the struggle of oppression. Slavery was the core of their identity. Freedom was the tale of generations past.

Our God is a Father who gives us an example of who He is, how He leads, and what He’s able to do with a daughter who trusts Him.

And yet, we often drastically underestimate God’s commitment to His plan, His love for His children, and His ability to be God of everything that concerns us and more.

Instead, we give in to the temptation that what we’ve done is too much or, more accurately, that we’re too much. Our past, our sins, our flaws, our struggles, our doubts, our fears—it feels too much for us, and we begin to believe the lie that it’s too much for God.

As women—who are often raised to be independent, accomplish 20 things in a single day while leaping corporate ladders, raising the perfect family, and looking flawless— this can feel devastating. We have to be careful, because even more than an attack on our abilities, these doubts and fears are really attacks on the character of God.

It’s an attack on His ability to lead, choose, and use His daughters. And it stands in opposition to the truth that God, who sees the end from the beginning, chose us knowing all the ways we would utterly fail and fall short. Yet He still desired for us to be spotless and blameless before Him.

Do We Really Want to Go Back to the Good Old Days?

In the second book of the Bible, we see miracle after miracle spread across 40 chapters.

Provision, protection, guidance, deliverance, restoration, healing—it’s all in there.

From God’s sovereign protection of Moses during infancy to His ability to establish former slaves into a nation, He shows forth His handiwork as He brings about His promise for the descendants of Abraham.

And the Lord said: “I have surely seen the oppression of My people who are in Egypt, and have heard their cry because of their taskmasters, for I know their sorrows. So I have come down to deliver them out of the hand of the Egyptians, and to bring them up from that land to a good and large land, to a land flowing with milk and honey, to the place of the Canaanites and the Hittites and the Amorites and the Perizzites and the Hivites and the Jebusites.” (Exodus 3:7–8)

Throughout it all, the Israelites display consistent behavior. Like tired toddlers in a store, they’re easily distracted, often complaining, and seem to doubt that there’s actually a purpose to what’s happening.

When things get worse and it seems like they won’t be able to leave Egypt, they blame Moses and complain.

Then when they leave Egypt and Pharoah comes after them with his mighty army, they blame Moses and panic.

When they get hungry, they begin to reminisce about their “good times” of slavery.

And when they see the manifestation of God’s presence, they become fearful.

When they’re given clear instructions, they disobey them.

Of course, we shake our heads at these people who have literally just been miraculously liberated. Their entire lives have been radically changed, and they still doubt God’s ability to fulfill His promise.

Then we look around us and realize there’s a good bit of doubt, fear, and complaining going on in our own day to day, and much of it is coming from within.

Accusations fly left and right, disguised as questions. The accuser of the brethren has a field day:

What if God doesn’t come through for you? I mean, He can, but does He really want to help you? Can He really change things for you?

That’s why taking a walk through Exodus is so helpful. Yes, it’s a raw, unfiltered look at a broken people, who are much like ourselves. But even more than a view of the people, we get a greater glimpse of the One, who from the beginning, has been:

“The Lord, the Lord God, merciful and gracious, longsuffering, and abounding in goodness and truth, keeping mercy for thousands, forgiving iniquity and transgression and sin, by no means clearing the guilty, visiting the iniquity of the fathers upon the children and the children’s children to the third and the fourth generation.” (Exodus 34:6–7)

The Israelites did nothing to warrant their freedom. They didn’t earn it or come up with convincing arguments as to why they thought they deserved it. Instead, they simply cried out for rescue. And the Bible says that God heard their cries and because of His covenant promise with Abraham, Isaac, and Jacob, He did something about their situation.

And the best news for our lives—crammed full with carpool rotations, messy spaces that aren’t Pinterest-worthy, condescending corporate meetings, cooking for the picky, and candy fundraisers for the needy—is that God is the same yesterday, today, and forever.

Throughout Exodus, God didn’t belittle them for their mistakes or mock them for their fear. Instead, the One who chose the Israelites crafted the perfect route for them.

“Then it came to pass, when Pharaoh had let the people go, that God did not lead them by way of the land of the Philistines, although that was near; for God said, ‘Lest perhaps the people change their minds when they see war, and return to Egypt.'” (Exodus 13:17)

But instead of resting in the truth of God’s goodness, the way children rest with a loving father, they distanced themselves.

One thing we clearly know as Christian women—having Christ doesn’t mean we have it all together. And maybe this is the year we realize that our Father doesn’t even expect us to. Unlike our coveted social media channels, God isn’t looking to follow the best-looking, perfectly toned, and tanned mom of three who always looks flawless. Instead, He’s looking to lavishly love daughters who draw near, determined to trust and follow Him, believing that He is for them.

We don’t have to distance ourselves and hide behind a facade. Instead of relying on our works or reputation, we can be fearless women who are strong and courageous because of who our God is and all that He’s done. We can choose to come close and actually know our good Father who loves unconditionally and whose own character overcomes our past, sin, and mistakes.

It’s to the weak and weary that He says, “Come to Me and find rest,” as He proves that His strength fills all the weak places in our hearts, emotions, and ways of thinking.

His sacrifice is greater than sin and, as we daily enter into that reality through His Son, we can embrace the truth: God is not disappointed in you, and He is not disappointed by you. Like He did with the Israelites, He can and will take you on a journey of maturity so that you too will reach the place He has prepared for you.

The One who is always gracious, slow to anger, and abounding in love extends the same invitation daily, moment by moment. As His daughter, you can come, rest, and cling to the truth that He really is for you and not against you. He is trustworthy and good and always will be until the day you see Him face to face.

Your good Father can be trusted to guide you to a place that is good for you.

Which area is the Lord calling you to trust Him more?

For a time of refreshing truth, come to Kansas City in March for Unwavering, our conference focused on strengthening and empowering women of God to fulfill the call God has placed on their lives. Gather with other women as we participate in corporate worship and adoration of our good Father, who loves us greatly and desires for us to trust Him as He calls us into our destiny. Learn more » 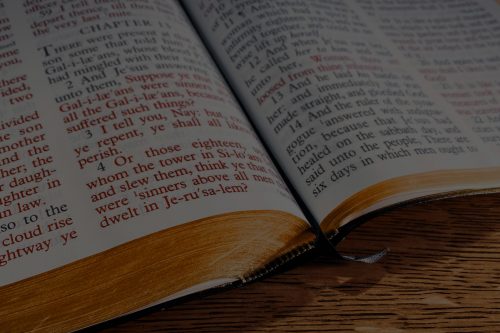 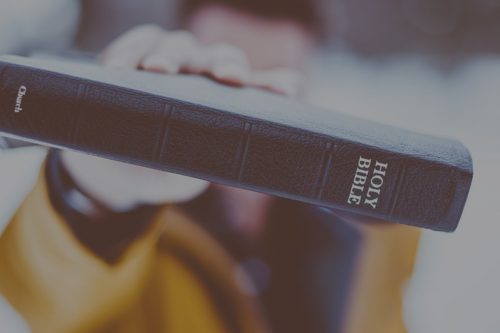 “Ugh, I’ve never read the book of Revelation.” “Oh,” I stammered, taken aback. “Why?” My mind raced, trying to generate… 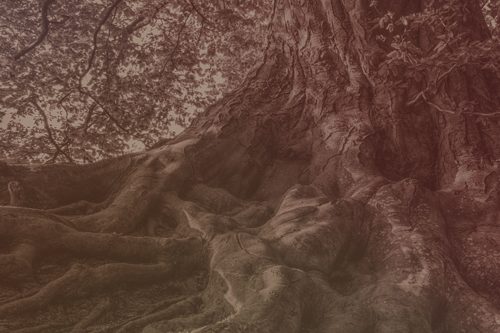 Christ's suffering and death shout loudly of His ability to justly rule the earth in perfect meekness. Gaze deeper at the cross to be reminded of the reasons His leadership can be fully trusted.