From Persecution to Redemption

Beaten—bodies bleeding, hanging from a tree. It’s now deemed uncomfortable, but at one point in time it was very much reality, and part of everyday life.

History reveals that throughout time, atrocities of violence abound, and are repeatedly deemed excusable. It can be quite painful to reminisce.

We don’t like to read about it. That was a different time, we reason. Things were different then. The laws, beliefs, culture . . .

The scenes can be hard to stomach. The violence is even harder to fathom.

Accusations are made. An interrogation begins. Questions are met with few words and subsequently deemed insufficient.

A crime must be punished; the witnesses are insistent. Justice must be served. An example must be made. Besides, what difference does one death make out of the many? Wrongdoings can’t go unpunished.

Uninvolved bystanders are even more passionate, murderous thoughts lurking in darkened hearts. The result is chaos, devolving into heinous acts of brutality that, generations later, many will want to deny even happened.

But it’s all there, chronicled in detail for anyone to read.

The printed words underscore the reality of the past. Mutilated flesh stained red, hanging on a tree, writhing in pain as others look on, viewing “acceptable” displays of punitive reactions to supposed unacceptable crimes. Only the breeze embraces broken bodies no one dares touch.

Some quietly turn away from the outcome of their actions. Others pass by wagging their heads, beholding this strange fruit of evil, unashamedly hurling accusations.

Senseless brutality was met by the extreme response of God on Golgotha, transforming a place of death into the defining point of victory for all time. Any believer’s return to Calvary uncovers more than a gruesome murder, but the paradox of the kingdom—you can lose absolutely everything only to uncover you’ve won it all. After the dust settles, the loss only serves to reveal how God rerouted the enemy’s tactics in order to highlight the reward He had set aside before the crime was even committed.

But we speak the wisdom of God in a mystery, the hidden wisdom which God ordained before the ages for our glory, which none of the rulers of this age knew; for had they known, they would not have crucified the Lord of glory. (1 Corinthians 2:7–8)

Jesus proved that suffering is not an isolated incident, but in the life of His followers it is always connected with redemption and breakthrough because of God’s nature of faithfulness.

He is Redeemer. Nothing is lost in Him.

He is Restorer. Nothing is destroyed in Him.

. . . looking unto Jesus, the author and finisher of our faith, who for the joy that was set before Him endured the cross, despising the shame, and has sat down at the right hand of the throne of God.” (Hebrews 12:2)

Through the work of the Trinity, we see the sacrifice, love, and the strategic, undisputed, overwhelming victory against death, the grave, and an empire of darkness on behalf of anyone who would choose to enter into relationship with God.

There is a new and living way. (Hebrews 10:19–21) And we’re grateful for it. We get to spend eternity with God. That old phrase, “you only live once,” has truly become old. As we put on the new man we more accurately perceive reality.

Actually, we will never die. We will live forever. This is truth. Death is consumed in Him. He is the resurrection.

But more than just a promise of what is to come, the invitation has been extended to enter into more of what God has for us now in this life as His children. Because not only will we live one day in His Kingdom, but there is a promise of redemption now through Christ.

The Spirit Himself bears witness with our spirit that we are children of God, and if children, then heirs—heirs of God and joint heirs with Christ, if indeed we suffer with Him, that we may also be glorified together. (Romans 8:16–17)

But the question remains, will we choose it daily, moment by moment—every day like Jesus?

In the midst of injustice, ignorant posts, snide comments, hurt feelings, maligned reputations and atrocities of violence, will we look to the one who was stripped naked and beaten so badly that He was unrecognizable to the woman who raised Him and then hung bleeding on a cross? Will we choose to believe there’s something more than the sins of men, the afflictions and pain of the present, and the evil of this world? And will we believe that Jesus is willing, able, and eager to lead every follower out from beneath loss, humiliation, trauma, devaluing hatred, and every wrongdoing into the beauty only He can bring from mountains of filthy ashes?

Will we look away from everyone else and will we still look to Jesus, the only one who never lost confidence in the Father, even when everything looked as if it was going horribly wrong? Will we still look to Him, “who endured such hostility from sinners against Himself, lest you become weary and discouraged in your souls.” (Hebrews 12:3)

Amidst a cacophony of various voices shouting for justice and a deafening silence from those deemed trustworthy allies, will we trust the one who knows what it’s like to be hated for simply being Himself? The one whose throne is squarely set upon righteousness and justice, who chose to pay the price of freedom for others in order to enter into His rightful place?

For it was fitting for Him, for whom are all things and by whom are all things, in bringing many sons to glory, to make the captain of their salvation perfect through sufferings. For both He who sanctifies and those who are being sanctified are all of one, for which reason He is not ashamed to call them brethren.” (Hebrews 2:10–11)

And will we still look to Him when He whispers very few words to our weary souls and tired hearts, “Trust Me.” Or will His words again be deemed insufficient?

Jesus has triumphed. His victory not only offers freedom to the oppressed and the violated and proves the faithfulness of Father God to miraculously bring victory out of what appears to be a humiliating defeat, but it also offers forgiveness and freedom for oppressors and violators.

It can be startling to comprehend that Jesus’ sacrifice is offered for religious leaders who hated Him, Peter who denied Him, and even Judas who betrayed Him.

But it’s by His blood, we all are cleansed. And in His hands, every wrong is made right—not enjoyable or easy to handle, but it is redeemed according to His accurate standard of righteousness, knowing that His word will not return void.

It’s only by following the Way that we find Life and enter Truth so there’s power to endure. Endurance is best achieved in following the Lord’s example and relying upon His Spirit. When we yield to God we enter into His example of leadership, seeing how He responded in the midst of persecution.

Through the power within we too can pray with unencumbered hearts and request mercy for persecutors, not because of how we feel, but because they need it. Everyone is made by the Lord. According to Psalm 24:1 everyone belongs to Him. But the Lord is clear about how He feels toward His beloved children.

But as it is written: “Eye has not seen, nor ear heard, nor have entered into the heart of man the things which God has prepared for those who love Him.” But God has revealed them to us through His Spirit. For the Spirit searches all things, yes, the deep things of God. (1 Corinthians 2:9–10)

For I consider that the sufferings of this present time are not worthy to be compared with the glory which shall be revealed in us. (Romans 8:18)

Freedom is available. Our future is secure. His redemption is real.

Confidence can arise when we know we’re entering into that reality of how He feels about us and how we trusted Him. Jesus’ resurrection is proof that God’s goodness triumphs over every scheme, and that He has already out-strategized every work of the enemy against His children in eternity past.

From injustice He brings forth redemption that far surpasses the sin we see before our eyes.

Through ashes He brings beauty.

In death He brings forth life.

Left with only ruins, He brings restoration, until we are able to stand in awe and wonder at how well our God has loved us through the pain and into revealing and truly living a glorious purpose.

And every creature which is in heaven and on the earth and under the earth and such as are in the sea, and all that are in them, I heard saying: “Blessing and honor and glory and power be to Him who sits on the throne, and to the Lamb, forever and ever!” (Revelation 5:13)

This is our future. 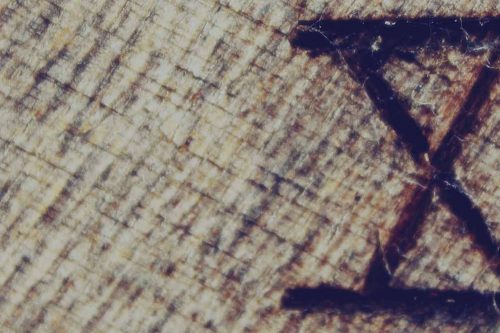 We happily present the 10 most popular IHOPKC blog posts of 2016, including articles on marriage, hearing God’s voice, and what prayer will look like in the end times. Thanks for reading, and enjoy! 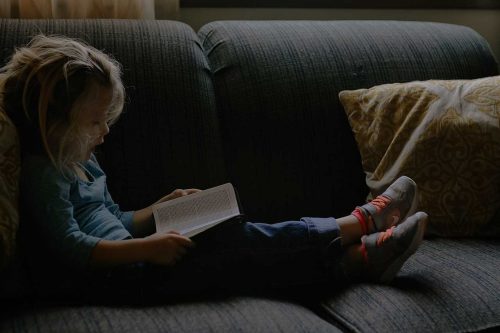 A life lived out loud speaks volumes, developing dynamic leaders who are ready to thrive in a distracted world. 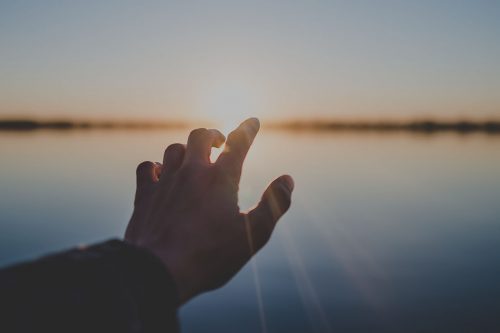