In the first blog of this series, Fulfilling Your Calling: When God’s Not Speaking, I explained what we can do when God is silent about our next steps. In this second part I want to tell you why He is silent at times.

If you have ever felt like God has given you something and then has been silent about it, know this is a normal part of God’s leadership. So the question is why. Why does He give us things and then remains silent on what to do with them? Understanding this is key to how you approach these situations. So let’s make this as simple as possible.

Part of your calling is to reign and rule with Christ (Daniel 7, Revelation 20:4–6). God is not looking for slaves that only do what they are told. He is looking for friends that He can entrust more to.

At the end of the day, there’s more to your relationship with God than simply doing what He tells you to do. Otherwise that would make you a slave or keep you acting like a small child. His objective is to mature you from being a child to a friend, and then to someone He can entrust with leadership. Leadership and having more is part of your calling, but you cannot do that as a little child. You cannot become a leader until you’re ready. You must first mature to a place where you know God’s ways and can manifest His heart in any situation.

When God’s not speaking is often because you’re in a time of testing and maturing, which is the preparation for your transition into another season. A student does not move forward into the next set of classes until they pass the previous ones. The same is true for us.

In Matthew 25, after the master comes back to see what the servants have done, there is a time of promotion or demotion. The ones who invested what they were given got more—or in our analogy, went to the next grade. The one who did not invest and chose to forget about what was entrusted to him, was demoted a grade.

Moving Forward
The time of silence is a time that will determine your next steps. God’s providing a context for you to use what you’ve learned so far and mature into a greater place of leadership with Him. He wants to entrust you with His kingdom, increase your responsibility, and allow you to be His representation to the world around you.

You cannot enter into your next step of leadership with Him if you’ve not first been faithful with what He’s already entrusted to you, regardless of how big or small (Luke 19:11–27).

To move forward into the next step of your journey you must mature into it, which includes passing a test first.

Our Primary Test
So what’s the primary test that we see in Matthew 25? Well, there are two main points that stand out.

The first one is to just start investing what you have. The two servants that went and just invested their talents were called faithful. The master did not measure them on what they earned back, just on being faithful. You cannot measure your return because only the Good God that distributes talents can measure that correctly. Your job is to just be faithful in finding places to invest yourself for the growth of God’s kingdom.

The second point is that you must have faith in God’s ability to bring forth a return in your life. This is about the revelation of God’s ability in your life. The master in Matthew 25 rebukes the servant that buried his talent because he had more fear than faith. The servant knew that the master was really good at being a successful business man, and yet he chose to allow that to grip him with fear instead of motivate him in faith.

So, have faith in God’s amazing power and ability in your life. Don’t allow fear to hold you back. Move forward in life as part of the royal family of God, knowing that He will meet you along the way and help you mature into His fullness.

What fear do you most need to conquer to move forward? 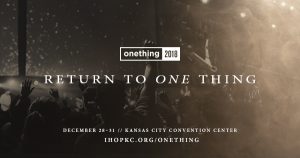 We invite you to experience God at Onething, December 28–31 in Kansas City. Join together with thousands of young adults to press into Jesus and be transformed in His presence. Learn more and register at ihopkc.org/onething. 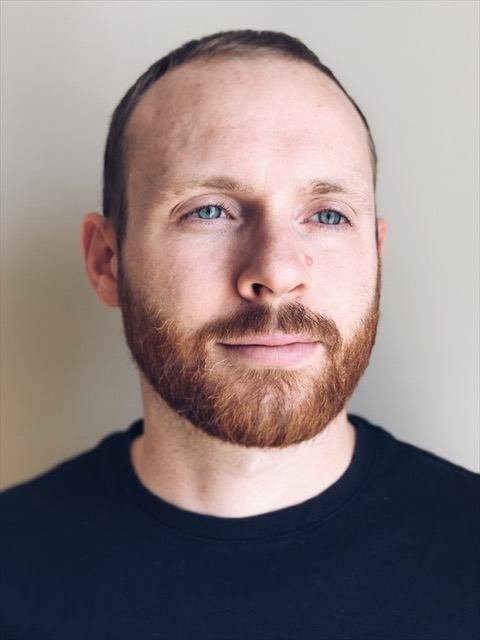 CJ Reynolds is a professional speaker and trainer in the personal development arena. If you would like to know more on this subject see his class on “The 3 Keys To Unlocking Your Calling” and “Discover Your Destiny”. Both are designed to help people discover and live into the fullness that they were created for. Both can be found at www.CJ-Reynolds.com 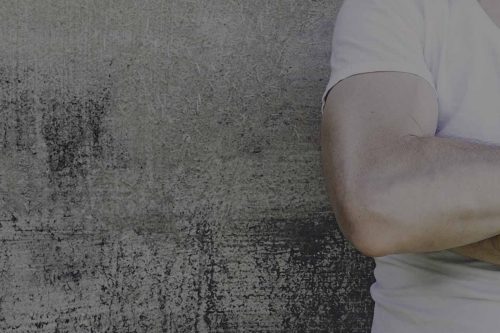 In an increasingly angry and fractioned world, Christians can shine for God by getting free from an angry spirit. 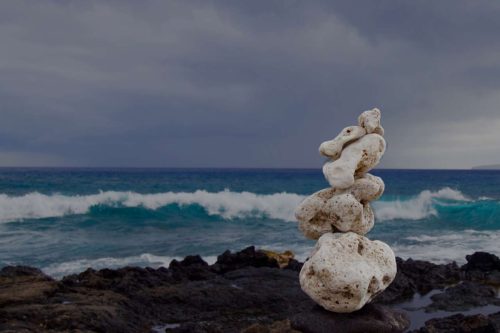 Learning to Stand Steady in the Storm

The storms of life come and go, but it's how we're able to weather the storms that really matter. 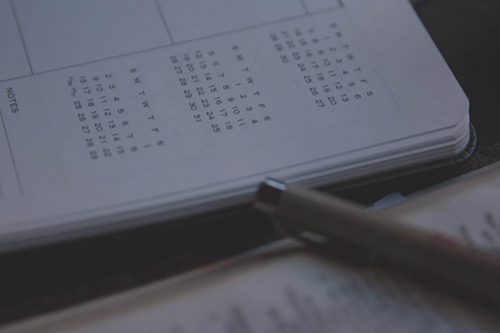 Start the Year Off Right

The most important relationship we have is one we can actually grow. Intimacy flourishes as we relate to and learn more about the Triune God.