“Keep trying. Not good enough.” These were the words that had woven themselves into the core of my belief system. I begin here with my story because these were the very words the Lord would serve at the table He prepared in the presence of my enemy. These words would be the enemy’s bread.

When I was asked to write about my journey and experience at IHOPKC, I didn’t see it as anything anyone would want to read about, and as such felt ill-equipped to write. So, I’ll do my best. This is my story.

When I first came to IHOPKC, I would often sit in amazement as I would listen over and over again to the countless supernatural stories of how people had been drawn to Kansas City to come to be a part of what the Lord was doing at the International House of Prayer. Some testimonies were more dramatic than others, but nearly all were pretty supernatural.

And then, there was my story. Truth be told, I came to IHOPKC because I didn’t see any other option for my life, and that’s so mediocre and certainly not supernatural, and well . . . who cares, right? You see, there were no series of miraculous events—no angel encounters, no prophetic thus-sayeth-the-Lord-get-thee-to-Kansas-City instructions. For me it was more like: Why not? You have nothing to lose and everything to gain.

I knew absolutely nothing about the global end-time prayer movement nor about the purpose of the praying community I was going to join (which exists to partner in the Great Commission of Matthew 28 by advancing 24/7 prayer with worship and proclaiming the beauty of Jesus and His glorious return). I also knew nothing about the harp and bowl model—a model the singers and musicians use when praying and singing, that helps to sustain them for prolonged periods of time in the place of prayer; it is a term taken from the pattern of heavenly worship seen in the book of Revelation. The “harp” speaks of worshiping God with musical instruments, and the “bowl” speaks of the intercessory prayers of the Church. And I certainly did not know anything eschatological (the study of the end of the age and the return of Christ). At IHOPKC it is often referred to as the “forerunner message.”

While I did not have a supernatural experience that ended with my moving to Kansas City to be involved with the house of prayer, my years here have been nothing short of supernatural—but probably not in the way you may think.

You see, I believed, albeit unknowingly, that God was mostly a disappointed and stern being. Merriam-Webster Dictionary defines “stern” as a) having a definite hardness or severity of nature or manner and b) expressive of severe displeasure. It defines “disappointed” as defeated in expectation or hope. Think about that with me for just a moment. I viewed God as being hard in nature and felt He was severely displeased with me and that He may not have any hope in me; but I could just “keep trying” because, well, I was not “good enough.” I know, it’s sad. I would soon learn that there were so many others who had this same belief system.

I have worked hard serving God and His people nearly all my life, and I have often cried in His presence telling Him how much I love Him. But I had never considered for a minute that He really delighted in me, much less that He rejoiced over me.

There is a saying that we view God through the lens of how we viewed or view our parents. And that we relate to God through the lens of how we were or have been treated. I wish I knew who said that; but no matter, this happened to be my case. I was raised in a home where my love and devotion were measured by how much I did, and it was “never enough.” I was angry, offended, and bitter. I just wanted to serve God so that He would be pleased with me, and I unknowingly believed that devoting myself to service and work might one day be “enough.”

I remember several months prior to learning that I was accepted into the Intro to IHOPKC internship, I had been battling discouragement, and I could not feel the nearness of the Lord—He seemed so far away. I had had recently experienced some very troubling, difficult times—situations my church had helped me to believe had disqualified me from ever being able to serve God free from the “scarlet letter” I felt I was now wearing.

One afternoon, as I was walking out of a grocery store, I began a conversation with the Lord about my being discredited and disqualified. I began to cry aloud right there in the middle of the public parking lot. It became an emotional and demonstrative “scene.” I slammed the grocery store cart up and down as I held it with clenched fists and screamed out, “God, all I ever wanted to do was to serve You. Now what?”

I came to a complete stop. Weeping, I stood there paralyzed, unaware of potential onlookers. Then suddenly, in the kindest and gentlest voice, I heard deep inside me, “I didn’t come to be served; I came to serve and to give My life a ransom for you. That ransom is My love. I love you, and you can love Me right back. But it’s not the way you think. Allow Me to show you.”

I managed to collect myself, gathered my groceries, jumped in the car, and drove away. With windows down and the hot summer air blowing my tears into the wind, I drove in silence, thinking, How? How will God show me this?

I suppose in hindsight, that was pretty supernatural. (My theatrics, that is.) I did not know that following that incident the journey into the joyful love of God would begin for me and that it would begin with a beautiful, furious vengeance . . .

Fast-forward, I move to Kansas City and begin my internship. During the internship I heard for the first time Mike Bickle say, “God is mostly glad.” It was as if he was speaking another language. Months went by, and I continued to struggle to wrap my mind around those words.

One day during a morning worship with the Word set those early weeks at IHOPKC, I glanced over where Mike Bickle was seated, like he always would. My eyes caught a glimpse of the shoes he had on. They were slippers! I wasn’t sure exactly what to think in that moment, mostly due to my surprise. This man was so comfortable in the Lord’s presence, he was sitting before Him with his slippers on.

I know this may sound silly or even ridiculous, but anyone who knows me knows how much I love my slippers! I especially enjoy coming home after a long day slipping them on and relaxing. To just be is important to me. I felt as though the Lord was saying, “I have my slippers on, and I want to relax and just be with you.” This tender scene turned the key and unlocked a door in my heart—my understanding was opened to the simplicity of God’s gentle and joyful nature.

There have been so many beautiful things I have learned in my 12 years here at IHOPKC. I have countless testimonies of things that have happened to me in this magnificent place—financial provision, miraculous healings (both physically and emotionally), an understanding of the Scriptures and of prayer as such as I have never known. But this one tiny, unassuming act is the one that marked me in a specific way. It was the start of understanding the Glad God.

As I sat in the Global Prayer Room that morning so many years ago, listening and engaging with the prayer leader, singers, and musicians as they were praying and singing, I began to understand just “how” God would do it—He would show me His gladness; He would use words and prayers to break chains of misunderstanding and wrong perspective; with His cords of kindness and bands of love, He would draw me to Himself (Hosea 11:4).

I am unsure of what everyone else was doing—praying, busy journaling, singing, all amazing things. Not me. I would sit in the fifth row on the left from the front for hours, taking dictation and handwriting the prayers Allen Hood, Mike Bickle, David Sliker, and so many others would pray. (I was a stenographer by trade, so I could take dictation rather quickly.) And God used every word, every prayer, and He drew me further unto Himself. The well-known song saying, “I will rejoice for He has made me glad,” became my anthem.

God tenderly watched over His own words that He spoke to me that day in the grocery store parking lot. He began to allow me to experience how He took delight in me and made me glad as He is. He surrounded me with His songs of deliverance (Psalm 32:7). Gladness and joy were the new portions served to me. And I have looked on watching as God laughed at my enemy and fed him the very lies the enemy had been serving me all my life.

Mike would often say that a lover will outlast a worker any day. And I wrote those words a thousand times on hundreds of sheets of paper. God needed to write them on my heart only once.

Imparting this portion of Himself to me—of who He is and how He feels—was paramount for me and continues to be as I sit for hours in the prayer room “just being,” and as I embrace the forerunner message and gain knowledge of the end times. It is helping me to live unoffended before Him, without accusation, and to pray and cry out for the Lord’s return. And well, yes, sometimes I bring my slippers.

In His wisdom, God knew I could never and would never be able to stay the course in crying out for His return unless He first healed me and imputed to me a right understanding of His nature and heart. He will do it for you also. For me, it just happened to be at IHOPKC.

How can you grow in your understanding of God’s heart? 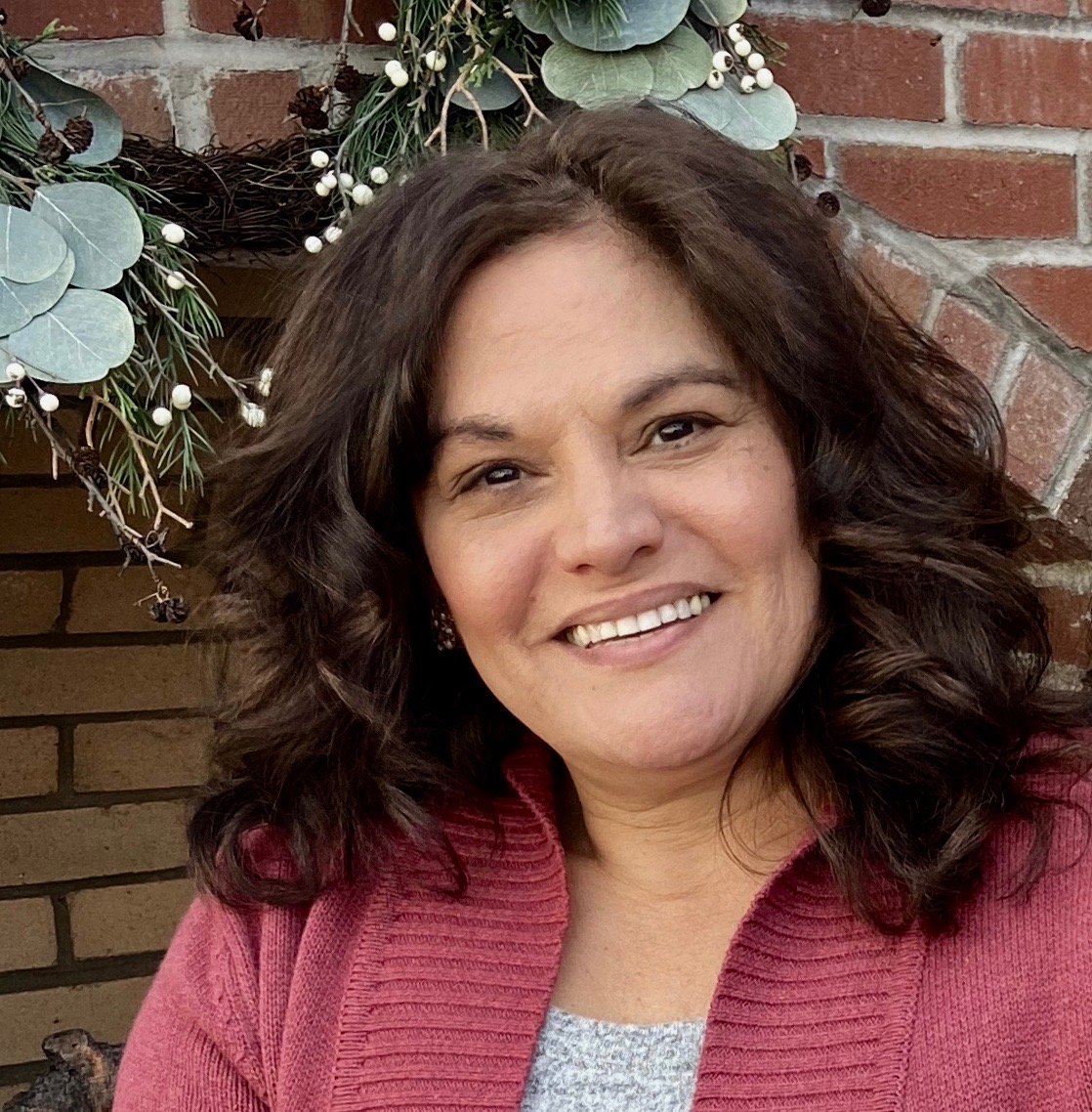 Selenia Vera resides in Kansas City and has been on staff with the International House of Prayer for more than a decade. She currently serves as the buyer/purchaser for the Forerunner Bookstore. You can visit her blog at seleniascribbles.blogspot.com.
Tell us what you think 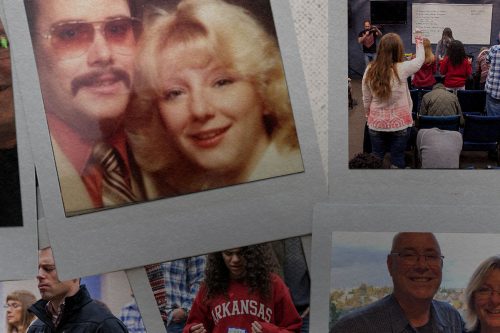 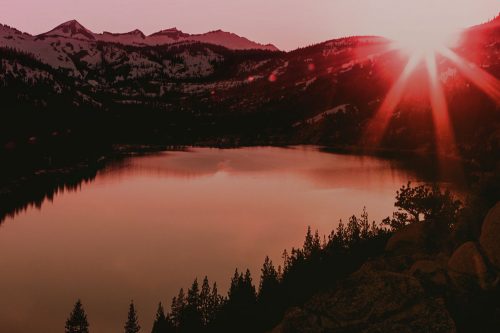 Adding Your Amen to the Story God Is Telling

Does your personal narrative expect God’s goodness or gravitate toward despair? 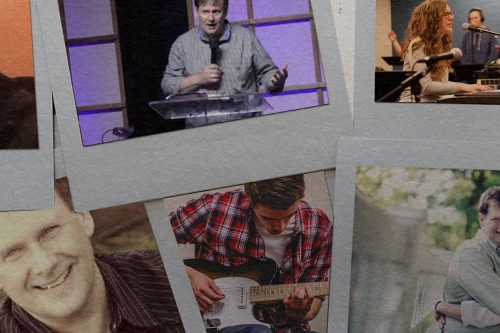