Yes, there is one who not only knows all of our days but walks each one with us.

Some things are consistent. The sunrise, the cycle of the moon’s waxing and waning, even the colorful bursts that momentarily shift the hue of the Blue Ridge Mountains in the fall. It is apparent there’s a natural rhythm programmed into the world around us.

But some things are a little more than consistent. Colorful fall leaves are different shades every year, and even the sun rises at a different time each day.

But gravity, well, gravity is a law because it’s always present and can’t be eliminated. That’s a fact that is always true (unless you’re outside of the Earth’s gravitational pull or you’re sitting in a Boeing 757 that’s exerting enough thrust to overcome the law of gravity).

However, more consistent than consistent and higher than all natural laws is the originator of the definition of consistency and law itself, the One who remains faithful and true when the leaves are green, red, or have been blown away by a strong east wind.

He is the one who shines with brilliant light even when the sun is taking that extra hour to creep above the horizon. He is the one who cannot be overcome. And this one has said that He is for you.

Fear not, for I am with you; be not dismayed, for I am your God. I will strengthen you, yes, I will help you, I will uphold you with My righteousness right hand. (Isaiah 41:10)

Can a woman forget her nursing child, and not have compassion on the son of her womb? Surely they may forget, yet I will not forget you. (Isaiah 49:15)

Yes, there is one who not only knows all of our days but walks each one with us. Over hills and through valleys, His commitment remains year after year, despite all we face.

Highs of tremendous joy and achievement and even lows of disappointment and heartache can litter a year with mile markers. By the time December arrives, it’s not uncommon to feel the weight of a year that flew by at a rapid pace.

However, regardless of how this last year has gone, the year ahead is one that has every possibility of being better because God is in it. He is the one who goes ahead of His children. And because He is good, the Lord actually has good plans to lead us into the things He has prepared for us.

And yet, whispers to the contrary abound. Doubt knocks on the door, searching for an opening. But unsatisfied to just whisper lies, it fights to convince us that this new year will just be more of the same.

Why expect more, greater, better? That’s not how things go for you, it lies.

seeks to suffocate all hope and route us into fear and hesitation, attempting to convince us that ultimately God is not for us or maybe we’ve just fallen short too many times to receive His goodness.

The onslaught happens daily. And instead of following Jesus’ example of using the Word in the midst of an attack, we can find ourselves inspecting the “evidence,” viewing it from all sides, weighing its supposed validity. We consider this case mounting against our God and Father. A case that seems poised to slaughter our hopes and even our God-given dreams.

What if this year isn’t any different than the last?

What if it’s too late to receive the answers to long-held prayers?

And what makes me think anything would be different this year?

We somehow forget that God is the one who willingly and boldly declared in the midst of utter upheaval, “I know the plans I have for you, . . . plans to prosper you, . . . to give you hope and a future” (Jeremiah 29:11 NIV).

That may be one verse, but the entire Bible speaks of the Lord’s faithfulness.

Instead of leaving us to wonder if we might qualify for the goodness of God in our lives, He has filled His Word with example after example of His nature and His ways toward flawed people who failed, doubted, rebelled, and even purposely disobeyed Him.

One very clear example can be found in the book of Numbers. It reads like a saga. The Israelites, after having gone through generations of slavery, only to be released from Egypt through miraculous circumstances that could only be attributed to God, stand on the precipice of the fulfillment of God’s promise. Not only do they have the opportunity for freedom but the Lord desires to give them a home, leading them to the place He has prepared for them.

Twelve men scout out the land. They like it. It’s nice. That’s one thing they can all agree upon. But for ten of these men, there’s one small detail, looming a little too large for them to overcome—the land is occupied by giants. Oh, and these giants make them look like grasshoppers!

For the ten, God, His promise, His power, and the fact that He is leading them seem to never enter the equation. From there, things only escalate as the report from the ten becomes the prevailing narrative for the masses; and thoughts about returning to Egypt, to their former place of bondage, are soon voiced.

While panic only increases among the Israelites, God modifies the Israelites entry date into the promised land, meeting His people’s desire and still keeping His promise. They may be overtaken by fear, but that will not stop Him from keeping His word, which He spoke centuries earlier to Jacob and before that to Abraham. He is God and He is always faithful.

Then the Lord appeared to Abram and said, ”To your descendants I will give this land.” (Genesis 12:7)

I am God, the God of your father; do not fear to go down to Egypt, for I will make of you a great nation there. I will go down with you to Egypt, and I will also surely bring you up again. (Genesis 46:3–4)

And He does just that, keeping His word decades later. God leads a new generation through the miraculous of a momentarily-dried-up riverbed and into the promised land. Yes, there are still battles ahead and land to possess—it will be a completely different way of life—but in this new chapter of their journey, their eyes are focused on the God who rescued them from Egypt and preserved them during their 40-year journey in the desert.

It’s not uncommon for new scenarios and circumstances to feel uncomfortable. And oftentimes the enemy uses these moments to draw us into fear and anxiety. But in the midst of the unknown, one thing remains true—God is the same yesterday, today, and forever (Hebrews 13:8).

The One who is the servant of all is still serving His followers, day in and day out, when we’re ungrateful, tired, or feeling less than hopeful. This is His nature. He is consistent. He is faithful. He is unchanging. And He keeps His covenant.

Everything we face, every scenario we endure is faced and endured with the God of all gods not just by our side but within us. Our lives have not been separated from His. He has joined His life and His very emotions to His children. He has intertwined all that He is with all that we are; and we are His.

He has chosen us and desires for us to know and experience Him as our Father, the One who is close, intimate, and personal.

If you then, being evil, know how to give good gifts to your children, how much more will your Father who is in heaven give good things to those who ask Him! (Matthew 7:11)

But He doesn’t stop there. He goes on to call Himself our helper, advocate, and friend who remains closer than a brother.

In the unknown, He is there.

Amid whispered lies, He is present.

He is the God of the impossible. And He is never overwhelmed.

This is why we, too, can agree with the words of the psalmist:

I would have lost heart, unless I had believed that I would see the goodness of the Lord in the land of the living. (Psalm 27:13)

The psalmist didn’t ask the Lord to put His goodness around Him, instead, he acknowledged that God’s goodness was around him and that he just needed the vision to see it.

In a year with much ahead of us, we too can maintain our focus by looking to the God of our salvation, our Redeemer and friend. He still performs miracles; He still keeps His covenant. And He is still the one who lifts off our heads to see that He has His goodness prepared for us, here, in the land of the living. He is our hope.

Our God of forethought knows what is unknown to us, and He is prepared for all of it. Not only does He not grow weak or weary but He doesn’t get anxious, He is never fearful, and has never been at a loss for ideas or solutions.

He is always consistent, and His word actually never returns to Him void. And He is the one who will usher us into this new year, taking us through it from glory to glory; because He is good and He is God.

What is your favorite aspect of God’s goodness?

Celebrate 2020 with Best of Onething, the latest release from Forerunner Music. Featuring 31 songs that touched a generation and helped shape the prayer movement, Best of Onething will have you worshiping for days (and years) to come. Learn more >> 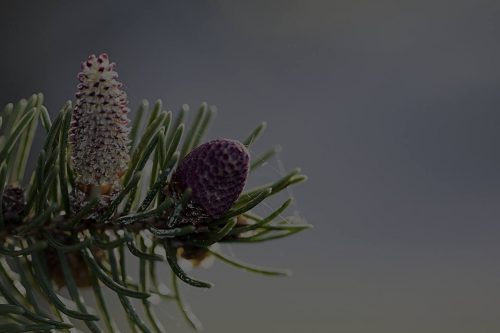 How God Grows His People

God uses hard times to grow His saints, promising to bring us through them as we lean on His great love! 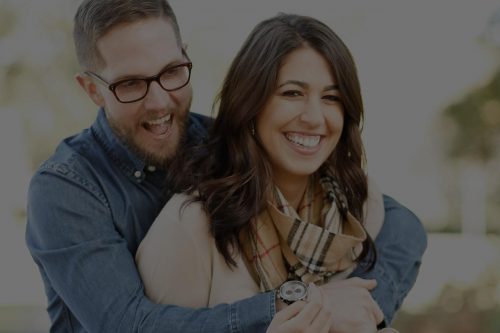 How to Have a Joyful Marriage

When we fix our eyes on Jesus and seek transformation from the inside-out, we find a joy that transcends the current season in our marriage, freeing us to love Jesus, and our spouse, regardless of circumstance. 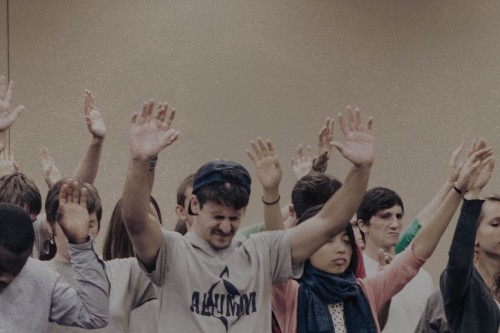 Valuing the Body of Christ

It may seem impossible to some, far-fetched to others, and a few may even wish it were optional, but unity is a high priority for our Father.