I see Lord’s grace even in midst of this crisis that’s unfolding, and I’m encouraged because the Lord’s up to something big.

Responding with the Love of Jesus

The recent US Supreme Court decision on marriage is “grievous,” said Mike Bickle, director of the International House of Prayer of Kansas City, but God will use it to strengthen and purify the Body of Christ.

The court’s 5-4 ruling, announced June 26, legalizes same-sex marriage and mandates it in all fifty states.

The decision “will embolden many nations and people groups around the earth to follow suit, and darkness will accelerate at a far faster pace,” Mike said in a message at Forerunner Christian Fellowship. But it will also be “a turning point for the Church” to get clarity about what we believe and walk in compassion, tenderness, and truth.

What the enemy intends for evil, God will use for good. (Genesis 50:20)

“[The truth is that] the banner in the Spirit is ‘Love Wins,’” Mike said, referencing the slogan used by many to celebrate the court’s decision. “That’s the great theme of the kingdom of God and of who Jesus is as king and of His leadership.”

“[Jesus is] the perfection of love,” Mike explained. “All of His commands flow from love, and all of His commands, when understood properly, produce love. And the One who is love is the One who has defined marriage, and He is the steward of love and of truth in the created order.”

According to Mike, the Supreme Court ruling will help to prepare the Church for the end times—the period before Jesus returns, including the Great Tribulation, the final three and a half years of this age.

“The pressures created by this decision won’t be as intense as what’s ahead,” Mike said, “so the Church can use it to prepare for the dynamics to come.”

“[It] will cause the Body of Christ to become clarified in what we believe,” he continued. “There’s so much biblical illiteracy in the Church right now. So many believers are fiery but they don’t have a foundation in the Bible. I believe this is going to change that.”

Among the immediate consequences of this decision, Mike predicted an explosion of perversion in society from the planned teaching of homosexuality and transgender lifestyles in public schools to children ages 7–10.

There will also be a decrease in religious freedom, and those who resist the gay agenda while standing for biblical truth will be charged with hate crimes.

However, Mike explained that these pressures will lead the Church to respond with “a new resolve to live in righteousness in our personal lives, and to get rid of sexual impurity in its many forms that is deeply entrenched in the body of Christ.”

“I see Lord’s grace even in midst of this crisis that’s unfolding,” he continued, “and I’m encouraged because the Lord’s up to something big.”

In these times, believers must walk in love toward one another and express compassion for those caught in sexual sin—whether heterosexual or homosexual, and engage with issues in society through speaking out and voting.

The call is to follow 1 Corinthians 13:7–8 in the midst of the darkness, because “love never fails.” And as we do this, love wins.

“The only time that love does win is when it’s in agreement with the One who is love incarnate,” Mike said. “Though there will be much hostility against the faithful in the Church . . . every response of love that you return fits into the plan of God in your life, and it fits into the greater master plan of what He’s doing in the nations.” 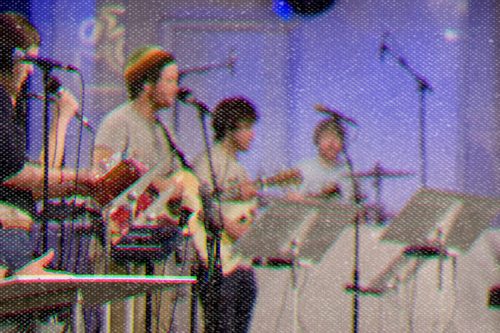 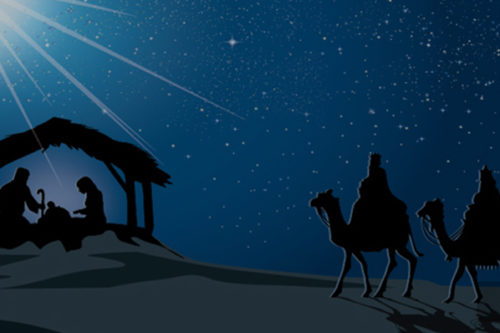 Christmas existed long before it was commercialized. Discover the simplicity of who Jesus is and what He means for us today. 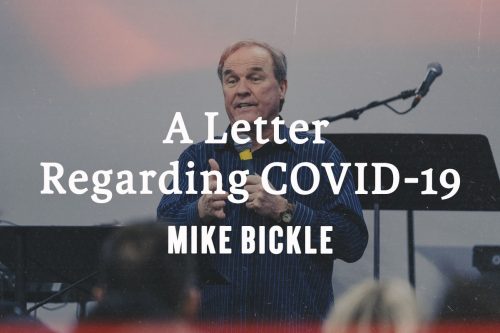 A Letter Regarding COVID-19

Here at the International House of Prayer of Kansas City, we are not only closely watching developments around COVID-19, we are responding aggressively in full compliance with directives from local and national officials.