God must release His judgments in response to the rebellion, but in the middle of those judgments He reveals His tenderness towards mankind.

by Samuel Whitefield
4/20/21 Artists and Authors

The book of Genesis opens with the glory of creation. As creation unfolds, God repeatedly looks at what He made and summarizes creation with a single description: “It was very good.”

And God saw everything that he had made, and behold, it was very good. (Genesis 1:31 ESV)

To enforce the point, it is recorded seven times in the chapter (Genesis 1:4, 10, 12, 18, 21, 25, 31). The goodness and greatness of creation is amplified by the fact that it is not man but the perfect Creator Himself who is declaring it to be “very good.” As humans, we naturally delight in creation, but God’s delight shows how special creation is.

In Genesis 3, this glorious creation is suddenly and tragically wrecked. Man’s sin sets into motion a dire situation where the good creation is now marred, distorted, and subject to evil. God’s perfect creation is now marred and disfigured because God’s highest creation rebelled. Genesis 3 records the awful consequences of man’s rebellion both on man himself and on creation. Because we have been born after that fall and have only known the fallen world and rebellious mankind, when we read the passage it is easy to focus primarily on God’s judgment in the passage, but there is something else we must also notice in the passage, and that is God’s tenderness and profound mercy.

God must release His judgments in response to the rebellion, but in the middle of those judgments, He reveals His tenderness towards mankind. There are two specific things in the passage that reveal the tenderness of God:

Where Are You?
Immediately after the tragedy of the fall, God is walking in the garden looking for man.

Adam and Eve, gripped by shame, are trying to escape the presence of God by trying to find a place to hide. As Adam and Eve feverishly try to avoid God’s presence, God calls out to them, “Where are you?” You can hear the pain in God’s voice. He is in the garden looking for fellowship with the one creature capable of true fellowship, and that creature is hiding from Him.

Gods’ question is the cry of broken fellowship and broken love. “Where are you? I miss you.” We are so used to broken communion and shame that we do not feel the emotions of the passage.

Adam—with his heart pounding at the voice of His Maker—responded to God’s question.

And he said, “I heard the sound of you in the garden, and I was afraid, because I was naked, and I hid myself.” He said, “Who told you that you were naked? Have you eaten of the tree of which I commanded you not to eat?” (Genesis 3:10–11 ESV)

Something terrible has happened. Adam’s shame has overcome his desire for communion with God. God’s response was immediate. “Who told you that you were naked?” God’s question is more than a rebuke. It’s the painful response of broken communion. Yes, in His sovereignty God knew this was coming, but as a person, He also feels the pain of the moment. He has lost communion with Adam. Adam is now driven by shame as a result of his sin. Something dark has been set into motion.

Genesis 3 records the curses that are let loose in the earth as a result of sin, but that conversation ends with God covering Adam and Eve’s shame.

And the Lord God made for Adam and for his wife garments of skins and clothed them. (Genesis 3:21 ESV)

This is more than an act of clothing. It was an act that was both practical and symbolic. It shows God’s practical concern for man and his condition. God does not leave Adam and Eve naked in the earth. He covers them. The act is also a symbolic act. Nakedness is connected to shame, which is the result of broken communion. God covers their nakedness in the garden as a statement that He is going to cover their nakedness and shame in order to ultimately restore broken communion.

We tend to read the story of Genesis 3 through eyes of guilt and shame because that has been our experience. However, the story is far more than the story of the fall and the subsequent curses that filled the earth. It is the story of God’s pain over broken communion. He’s looking for man. He wants to know who told man he was naked—in other words, who is responsible for their broken communion. He covers man’s nakedness as a statement of His desire for restored communion. God’s tenderness and mercy is apparent throughout the chapter.

Redeeming the Calling of the Woman
God’s tenderness is not only demonstrated towards Adam and Even in general, it is also directed towards Eve specifically. The Genesis 3 narrative tells us that the Serpent intentionally deceived Eve. Eve is the one who sins first. When Adam is asked what happened, Adam puts the sin on the woman.

Interpreters have offered various reasons why the Serpent targeted Eve, but the fact is that the narrative can easily be used to put the primary blame on Eve for initiating the rebellion. This is why verse 15 is such a powerful one.

Seeking the Knowledge of God
The fall of man is one of the most traumatic passages in the Scripture. It sets into motion the great tragedies of human history and tells us how the curse enters the earth. If we are not careful, we can read this passage through eyes of shame, seeing only the curse and the tragedy of it all. However, the passage was also written for us so that we can see the tenderness of God in the midst of rebellion.

God’s pain is evident as He looks for man in the garden and calls out to him. God’s desire for communion is apparent. He covers man’s nakedness as a statement that He wants to break the curse of man’s shame and self-obsession so that man can turn his eyes from himself back to God and enter into communion again.

As God speaks the curses that come as a result of the rebellion, He also promises a Deliverer who will come from a woman. This is more than God simply saying that a woman will give birth to a deliverer. God calls the Deliverer the seed of the woman. That strange phrase predicts the mystery of the incarnation, but it also emphasizes that a woman will be the chief human agent involved in the appearance of the Deliverer. This is God’s tender commitment to restore the calling of the woman and her place in the redemptive story. Eve’s sin will be reconciled. She will not forever be the one who handed Adam the fruit—she will ultimately be the one who gave birth to the Deliverer.

We are used to reading the Bible through self-focused eyes, and so we tend to interpret the Bible through our own emotions and our fallen challenges. However, we need fresh eyes to read the Bible as the story of God and the revelation of who He is. Even in the Bible’s darkest moments we can see the beauty of God’s person shining through. He gave us these stories so we would know who He is. we must drain these stories of every bit of the knowledge of who He is so that we can relate to Him in confidence and love.

How are you challenged to take a fresh look at God’s heart as recorded in Scripture?

Want more from Samuel Whitefield? We recommend his book Have You Been Blinded?: Facing Your Assumptions about God’s Leadership. Discover from Scripture how God leads His people and His plan for addressing human sin. Break free of your assumptions and gain fresh perspective from God’s Word. Get your copy >> 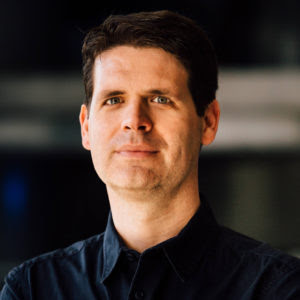 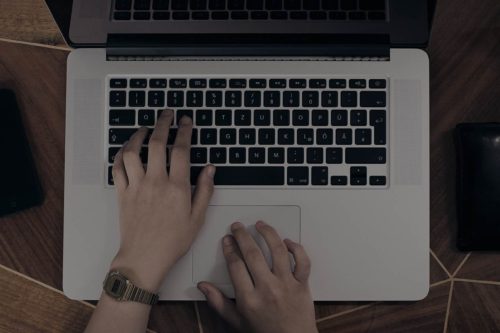 Learn practical tools from the Word about God's way to fund missionaries—through the giving of the saints. 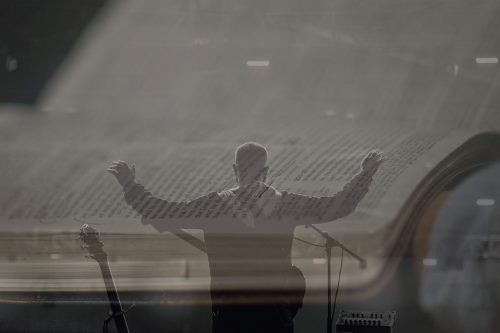 I believe by singing the Bible regularly you will witness God printing His Word on your heart in a powerful way. 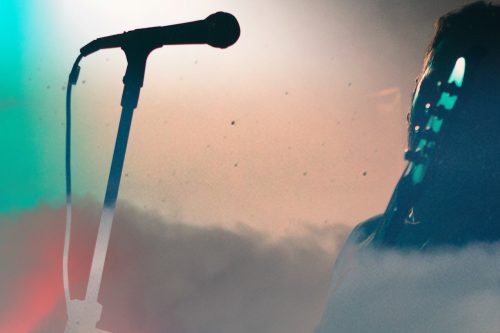