Warning: usort(): Array was modified by the user comparison function in /data/www/wp-content/plugins/custom-sidebars/inc/class-custom-sidebars.php on line 712

But from heaven's view, prayer is not just a simple act but one that is connected to the ultimate fulfillment of God's plan.

The Need for Prayer

It can seem a bit odd. In this day and age, when there’s so much to do and distractions abound, there is still a place with one singular focus. When so many things are needed, there is still a group that holds fast to Jesus’ words and chooses the better part. And as the truth of what Jesus spoke so long ago becomes increasingly evident, some are able to look beyond wars, rumors of wars, men growing faint from fear, famines that inundate already-impoverished regions, and atrocities against the innocent who are caught in fights for power.

In this room, there is only one focus. In this room, one thing is preeminent. The music resounds. Praises are lifted in heartfelt adoration. Voices overlap like waves upon the shore, singing, “Holy, holy, holy” to the only One worthy of praise and adoration.

In this place, time ceases to exist. How long has the worship been ongoing? One person may say it’s felt like mere minutes. Others may say they’re sure it’s been years but hasn’t felt like it in this environment of night-and-day worship mixed with spontaneous songs, prayer, and praise. There is so much going on, but is never ending.

And everyone’s focused on one thing—worshiping the God of all gods.

Before decades of night-and-day prayer in Kansas City was streamed 24/7 to the nations, before unceasing prayer emanated from the foothills of Germany or was divinely orchestrated through King David’s elaborate staffing for God’s pleasure, what was on earth was first in heaven. And it still continues to this day. Not as a cacophony of conflicting elements, but as a unified symphony that is deliberate and unforced, flowing harmoniously to the Creator.

All the angels stood around the throne and the elders and the four living creatures, and fell on their faces before the throne and worshiped God, saying: “Amen! Blessing and glory and wisdom, thanksgiving and honor and power and might, be to our God forever and ever. Amen.” (Revelation 7:11–12)

In that place, seated outside of time, sits the One who reigns, has always reigned, and will reign forevermore. In that place, the natural response to the power, majesty, and magnitude of God is what we see replicated on earth. The created, compelled only by their experience with their God, respond to Him with unhindered adoration. It’s a reaction as natural as the moon’s pull upon the tide or helium’s draw on a latex balloon—as simple as cause and effect.

And in the midst of this scene, voices carry forth words, not just of love and appreciation, but of prayer.

Here on earth, prayer can often feel lackluster and less than otherworldly. But from heaven’s view, prayer is not just a simple act but one that is connected to the ultimate fulfillment of God’s plan.

Through intercession, the Lord connects His power to our heartfelt words mingled with faith. Despite the weakness we sometimes feel, we are brought into a powerful dynamic of reigning with our God. Not only does the Lord respond in power, furthering His track record of faithfulness, but our hearts are moved so we’re better positioned to labor with Him, carrying on the cry of those who’ve gone before us, “Here I am, Lord. Send me” (Isaiah 6:8).

Of course it’s possible to serve without spending hours in prayer, but longevity in intercession fuels and sustains a happy heart of service that is connected to the fulfillment of God’s desires. And this is accomplished over time as we “wear away the carpet,” seeking the Lord’s power in the lives of loved ones, enemies, and those we will never meet. We grapple with the taunts of the enemy and claim the age-old promises that seem dry. And we ask the Lord to breathe upon these truths once more as we await His hand.

No longer does troubling news hit hardened hearts. No longer do we only desire to pray. Instead, we begin to have ideas on how to strategically act. But we know that before we act, we must pray.

Try as we might, it’s often hard to guess exactly how God will solve a problem. Throughout time He has proven again and again that He has a myriad of ways of accomplishing one goal. But those ways are not easy to fathom, let alone predict. Healing? Resurrecting the dead? Winning battles? Freeing humanity from sin and death? The strategy of the Trinity works every time, but is often hard to anticipate.

The Lord works in mysterious ways, or so they say. If anything, the Lord consistently works in powerful ways, doing what we least expect, in ways we wouldn’t have imagined to accomplish the things we prayed and hoped He would do, even when we don’t notice His actions.

When we have more month than money, but a bill was lower than we expected. Or when our loved one needs a miracle and is transferred to the doctor administering an alternative to chemotherapy. Even when a friend speaks the exact thing we needed to hear right when we needed to hear it, He is working. For as much as He could do on His own, there is much God desires to do with the participation of His children.

Unlike a high-profile family business in which the small, inconsequential tasks are given to the less capable, we are invited into the highest echelons of judgment and leadership. There’s no 90-day waiting period before we get involved.

It might not seem like the most efficient way to run a kingdom for the Being with all power, all authority, all wisdom, all knowledge, and all sovereignty over all things. But in His humility and kindness, the God who could command our every action and force our very involvement has decided that this is the way He will operate His kingdom—by inviting the partnership of those who voluntarily reciprocate His love.

The Lord desires partnership in His global family and invites us to participate in His plan of redemption and fulfillment, in word and deed. He desires to work with us. However, in the kingdom this looks differently than we might think. We might not think of picking a man in the middle of the United States who didn’t enjoy prayer to start an ongoing prayer meeting. We might not even think to send him a modern-day prophetic man he’d never met beofore to confirm that God was speaking to start a 24/7 house of prayer with worship. But that is what the Lord decided to do to prepare for His Son’s glorious return. And not just in one small city in the United States, but in cities around the globe. In small churches, available buildings, homes, and even outdoor spaces.

While there are mysteries that believers encounter when following God, one thing that He has made abundantly clear is the relationship between prayer and His response. Of the many attributes that separate God from other gods who are worshiped in the earth is the reality that He not only hears prayer but He responds to prayer.

In His relationship with His one and only Son, the movement of God is preceded by prayer:

“The Lord has said to Me, “You are My Son, today I have begotten You. Ask of Me, and I will give You the nations for Your inheritance, and the ends of the earth for Your possession.” (Psalm 2:7–8)

The God of all gods, who desires to dwell with His creation, will return to the earth to rule, to reign, to live among His people. Not just to a people who needed help or some type of rescue, but to a people who were watching and waiting for His triumphant return, anticipating the fulfillment of His promise. Before His great finale, He desires a preamble, and a preamble He will have.

And at midnight a cry was heard: ‘Behold, the bridegroom is coming; go out to meet him!’ Then all those virgins arose and trimmed their lamps. And the foolish said to the wise, ‘Give us some of your oil, for our lamps are going out.’ But the wise answered, saying, ‘No, lest there should not be enough for us and you; but go rather to those who sell, and buy for yourselves.’ And while they went to buy, the bridegroom came, and those who were ready went in with him to the wedding; and the door was shut.” (Matthew 25:1–10)

In our day and age this reality can be seen throughout the earth as the Lord prepares His people for His return. This time of preparation can sometimes feel chaotic as He does the work to transform the environment here on earth to reflect that in heaven, raising up night-and-day worship throughout the nations. (John describes the scene he sees around the throne of God in Revelation 4:6–11.)

In houses of prayer, songs of worship with words of prayer and adoration arise to the One who is holy, holy, holy. We haven’t quite seen all that is visible around God’s throne in heaven, but we catch glimpses.

Through songs of love to our Deliverer and Friend, we are strengthened in our faith and resolve to follow His leading. With every word of prayer to our Creator and King, we are encouraged to continue to seek His way. And with every moment of listening for the response from our Healer and Redeemer, we are reminded that He is faithful to finish the work He has started and He will accomplish it with excellence, even as He involves us in that work.

In His omniscience, He has chosen a way that can look weak, outpaced, and small—like sending a baby to destroy an evil empire, selecting a colt for a triumphant entry, or using a cross to launch an endless victory.

He still uses the weak things of this world to confound the wise, and He’s still in control.

Prayer was His idea, is His instrument, and will forever be our eternal dialogue. The great strategist of heaven, the very Captain of heaven’s armies is enacting a plan, a plan we probably wouldn’t have chosen or even thought of, but a plan that will lead, as always, to unequivocal triumph.

Then the seventh angel sounded: And there were loud voices in heaven, saying, “The kingdoms of this world have become the kingdoms of our Lord and of His Christ, and He shall reign forever and ever!” (Revelation 11:15)

What helps motivate you to pray? 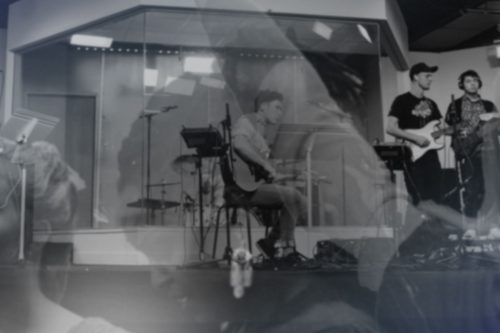 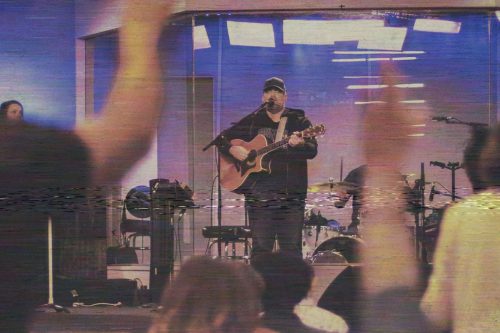 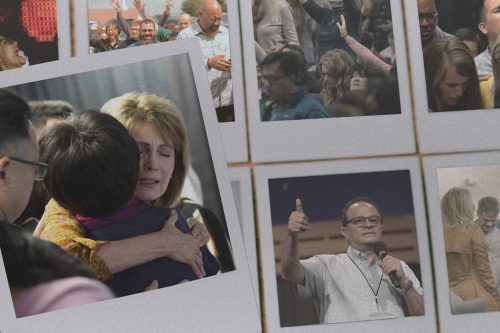 One Year Later: What’s Next for IHOPKC?

We need one another, and we cannot go forward into God's purposes without each other.