When we're tempted to believe it's too late, we're too weak, what we want is too big, or that God is distant, our great Comforter and Counselor reminds us of all Jesus taught about His Father, His power, and His extravagant generosity. 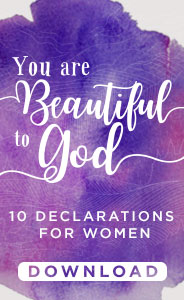 A Time of Breakthrough for Women of God

But the fervent expressing of our desire often looks the same.

We pray about it. Long for it. We weep and even travail. As we wait, we feel weariness creeping closer, saying we’re too distant from the promises of God.

We read our choice Bible verse and pray again.

All is silent. And still we wait.

We think that if we could just break into that place God has prepared and planned for us, life would be better, all would be the way it is supposed to be.

Then the accuser comes to remind us of all we’ve done and failed to do, tallying our faults as the reason why breakthrough seems to have been delayed. Our minds wander as we begin to wonder if we’ve missed something we were supposed to do or say. We begin to extrapolate what God must’ve meant when He highlighted the promises of His Word to us.

The more time passes, the more impossible things seem. A year ago it would’ve been hard for God’s promises and plan to come to pass, but now we’re sure it would take fifteen miracles to bring a turnaround.

In this life, there are moments that make us feel like we’re stuck in a holding pattern, waiting in futility during a season of delay. But for women of God, the state of our current circumstances doesn’t determine our future—God does. Those moments of our lives when we place ourselves in the hands of our mighty God are never wasted. Yes, we must live in reality, but living in reality means having a firm grasp on truth, knowing that God’s ability far exceeds the most impossible situations we could ever face.

We see this throughout Scripture.

The Word of God is filled with encouraging stories and comforting words that help us make it through life’s daily challenges, but each book is also filled with the raw power of a God who acts on behalf of women who wait for Him.

As women secure in covenant relationship with God and filled by His Spirit, we can have unwavering confidence in the power of God to bring about His promises for our lives.

But as it is written: “Eye has not seen, nor ear heard, nor have entered into the heart of man the things which God has prepared for those who love Him.” But God has revealed them to us through His Spirit. For the Spirit searches all things, yes, the deep things of God. For what man knows the things of a man except the spirit of the man which is in him? Even so no one knows the things of God except the Spirit of God. Now we have received, not the spirit of the world, but the Spirit who is from God, that we might know the things that have been freely given to us by God. (1 Corinthians 2:9-12)

In the midst of our times of waiting, the same One who raised Christ from the dead draws us back into truth, refreshing our souls. We’re reminded that the One who dwells within is greater than what we face in this life. He points to His track record of faithfulness, steadying our souls, calming us inside.

From before time God has performed the miraculous.

Making something out of nothing? ✔ Absolutely.

Bringing about life despite death? ✔ Repeatedly.

God’s area of expertise is doing the miraculous in impossible situations as He shows forth His power, strength, and glory.

It’s possible that no one knew this truth better than Sarah. The barren wife of Abraham, she was transformed into the mother of many nations because of the sheer power God applied within her to bring about His promise to her.

Despite Sarah’s barren state and the age of her body, despite her failed attempts to work around what God had planned by involving her servant Hagar, and despite her own laughter at what seemed like an impossible promise from God, Sarah’s life tells the story of the strength and faithfulness of Almighty God. Reading through her story, we can hear the Spirit of God whisper to us, asking us the same critical question: Is anything too hard for the Lord?

The Lord visited Sarah as he had said, and the Lord did to Sarah as he had promised. And Sarah conceived and bore Abraham a son in his old age at the time of which God had spoken to him. (Genesis 21:1–2)

Through her life, we see the God who has no problem speaking about what He has prepared for us, even when we’ve yet to arrive at, accomplish, or achieve what we think needs to be done to “earn” our promises from Him. He is also perfectly comfortable making a commitment and following through before we even feel prepared to engage in what He has planned.

By faith Sarah herself received power to conceive, even when she was past the age, since she considered Him faithful who had promised. (Hebrews 11:11)

Jesus’ Faithfulness, Not the Disciples’

God’s power coupled with His generosity is seen in the most unlikely times. Right before Jesus heads off to die on a cross, the disciples are arguing about who is greater. The Greatest One of all points to Himself and reminds them of what greatness really looks like. And while knowing that He is about to be completely forsaken by those closest to Him, Jesus begins to talk about what He has prepared for them.

“But you are those who have continued with Me in My trials. And I bestow upon you a kingdom, just as My Father bestowed one upon Me, that you may eat and drink at My table in My kingdom, and sit on thrones judging the twelve tribes of Israel.”
(Lk 22:28–30)

Even though Peter would deny Him, Judas would betray Him, and everyone who proclaimed to love and appreciate Him would desert Him, Jesus did not hesitate to speak of all He had planned for them. He willingly declared what He had committed to bring about despite the disciples’ forthcoming abandonment.

Passage after passage, verse after verse, the Holy Spirit reveals that the God we read about is far greater, kinder, and more powerful than the God we’ve been pleading with for breakthrough.

Ever so gently, He shows us that we not only discount God, but we discount ourselves, thinking breakthrough would come easier to the qualified. Thankfully, God Almighty is powerful enough to transform us, renewing our minds through His Word.

Our God: Passionate for Our Breakthrough

As we open ourselves to truth, we hear the whispers of His Spirit reminding us of how the Lord longs to be good to us. But that it’s time to give up. It’s time to give up our way of awaiting the manifestations of His promises and the fruition of His plan.

He gently points out the doubt, the feelings of shame, unworthiness, fear, and wrong thought patterns that try to get in our way of receiving what the Lord is so eager to give us. The things we’re doing in an effort to receive His goodness are put under His penetrating light of inspection.

As the Lord shines His light of truth on our hearts, our motivations, thoughts, emotions and secret desires are exposed, revealed for what they are. In these moments of complete honesty and revelation, we see those areas in our lives in which we don’t quite believe God is more passionate about our breakthrough than we are.

We’re surprised to find that it’s still hard to fathom God displaying His power in our lives just because it’s what He wants to do even though we’re women who doubt, question, grow weary, mutter and complain, and craft our own plans, complete with timetables and a color-coordinated task list.

God: the Answer to Heart Health

But more than just answering our prayers, God cares about the health of our hearts in the process. He knows our willingness to push through trials and hardship but calls us to rest in Him, His timing, and His ways.

The One dwelling within has a clear view of the areas in the heart where doubt resides and He has an overwhelming desire for us to enter into every promise He has for us with a free heart that does not judge the weak places within as greater than the power and possibilities of God. Instead He desires we see His power to not only bring about His promises around us, but to marvel at His transformative ability within as He dismantles strongholds in our thinking, equips us for the greater, and finishes what He’s started.

It’s in this place that the Spirit of God urges us to fully accept what’s been done to allow us to run into breakthrough, fully free of the weight we’ve grown comfortable carrying for so long.

In His kindness, He desires to free us from our penchant for self-imposed time-outs when we’ve messed up and feel we need to try and distance ourselves from God in a kind of self-punishment. He calls to us to stop the flurry of activity as we try to earn enough badges and points to justify an answer from Him. He wants us to know that attempts to fix a smile on our faces and ignore the pain or even being stoic and unfeeling under a façade of composure and what we deem as good or worthwhile behavior doesn’t hasten the day of breakthrough for us.

Instead, our all knowing Helper calls us to gaze upon God, to remember His power, His track record of faithfulness and to know Him as He is—able, generous, and kind—a God who uses those quiet moments we disdain to work within us.

When it seems as if nothing is happening, He is busy working cultivating faith, hope, and love within, giving us His joy as He ushers us into the good things He has prepared for us.

When we’re tempted to believe it’s too late, we’re too weak, what we want is too big, or that God is distant, our great Comforter and Counselor reminds us of all Jesus taught about His Father, His power, and His extravagant generosity.

Instead of pushing ahead, He urges us to surrender to truth.

The God who is the same yesterday, today, and forever is still as powerful as when He parted the Red Sea, provided for the hungry, healed the masses, and triumphed over the enemy.

He is the God of the breakthrough. 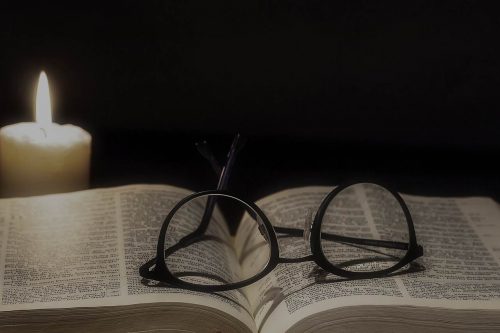 The Power of Holiness

Is holiness mostly rules, drudgery, and self-denial, or is it a liberating fascination with God's Son, who is radiant, all-powerful, and beautiful? Find out in this blog. 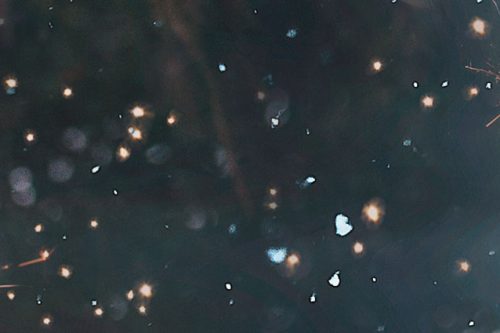 The Secret to Overcoming the Holiday Blues: Gratitude 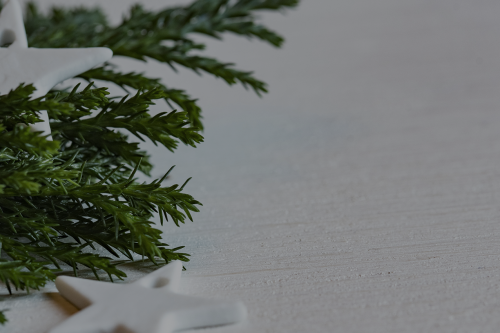