Our desire is that every bit of hesitation, passivity, disobedience, and unbelief would be rooted out of our lives.

The War on Inaction

by Andy Byrd
5/28/20 Training and Events
If you have visited The Send website, you will notice the first caption reads, “The war on inaction has only begun.” We, as The Send, have chosen to rally around this cry from the Lord’s heart and the Body of Christ; to end the inactivity that’s holding us back from the great commission and walking in simple obedience to the commands and promises of Jesus. Our desire is that every bit of hesitation, passivity, disobedience, and unbelief would be rooted out of our lives. We want to be a people who quickly and easily obey the Word of the Lord.

In Scripture, it is common to find how inactivity was often the issue of those not walking in obedience or into their full inheritance. In the book of Judges, we find Barak was unwilling to move forward, so God raised Deborah who broke the inactivity of the community and led them into victory. Barak’s inactivity was, in some ways, his mistake, but because Deborah modeled an activation and obedience to the Lord, it brought about victory. We also find in 2 Kings 13 that Elisha tells King Jehoash to strike the ground with arrows for victory over Aram. Jehoash strikes the ground three times, and Elisha’s immediate rebuke seems to imply that those three strikes were done in passivity, unbelief, and lethargy. He continues to say that had the king struck the ground five or six times, Israel would have had complete victory. We conclude that King Jehoash’s inactivity or passivity led to Israel’s partial victory that day. Over and over again, the Scripture reveals the dangers of inaction, the dangers of hesitation, and the dangers of delayed obedience or disobedience. From the time of Israel to the church in the New Testament, tolerating evil and delaying to take action were quickly reprimanded. Tolerating what shouldn’t be tolerated or not taking action when we have been asked to obey are both forms of inactivity.

Our war on inaction fights for the lost and unreached. When the gospel is not filling the void in a person’s life, that person is bound to the lies and accusations of the enemy. Think of the demoniac from Luke 8, whose head was filled with competing voices trying to rob him of his inheritance, value, identity, and ultimately trying to end his life. In essence, you could say there was a silence of hope over his life. Yet Jesus crossed the Sea of Galilee in a raging storm in the middle of the night to break that silence of hope. It took but a moment, and Jesus brought instant deliverance to the demoniac by the truth of His love and a hope so powerful it broke all lies, accusations, and bondage over this man’s life. Think of the woman at the well from John 4. Imagine the daily accusations and oppression she endured from her past and the way society would have treated her. Her life was filled with a vacuum of hope, a silence when it came to the truth until Jesus appeared at the well and shattered the lies of the enemy. Hope was alive, and her life was transformed.

Today, billions of people live in a silence or vacuum of hope. Part of the great commission is that we, with the power of the gospel and the Holy Spirit, would feel it’s our privilege to shatter hopelessness. If we desire to see breakthrough, transformation, and salvation, we must silence the lies and accusations of the enemy. There are thousands of unreached people groups across the earth just waiting to hear the very name of Jesus for the first time. They live in a silence of hope. The noise they do hear is that of their thoughts filled with condemnation, oppression, and bondage. And we, as the Church, carry the truth to break that silence; whether to our next-door neighbor or to those in the remote nations of the earth.

I remember hiking the Himalayas for hours and hours over high mountains and deep passes. It was physically grueling. As we approached the village we were trekking towards, we realized there were only six homes. We were miles from the next nearest village. There were no planes, no cars, not even roads, and yet, those six homes were worth every hour, every step, and every difficulty it took to get there. And to think that for generations people have lived in that village under a vacuum of hope! It was our greatest joy that day to shatter the silence of hope and to push back the oppression and lies that had controlled their lives. We gave them a glimmer of a God who loves them, a Messiah who died for them, and a power far stronger than anything the enemy could bring their way. Breaking the silence over their lives brought remarkable fruit that day and beyond.

Another insight into the war on inaction comes from Romans 15. Paul is speaking to the church of Rome about his desire to see them. He gives a short overview of his ministry ethos starting in verse 17.

Therefore I glory in Christ Jesus in my service to God. I will not venture to speak of anything except what Christ has accomplished through me in leading the Gentiles to obey God by what I have said and done. (Romans 15:17–18 NIV)

Paul led many to obedience to Christ because he was a man activated both in speech and action, as we read in verse 19.

By the power of signs and wonders, through the power of the Spirit of God. So from Jerusalem all the way around to Illyricum, I have fully proclaimed the gospel of Christ. (Romans 15:19 NIV)

This was a massive region of the world! Paul, activated in his faith, saw entire regions experience the good news of the gospel and churches planted because of his obedience.

It has always been my ambition to preach the gospel where Christ was not known, so that I would not be building on someone else’s foundation. Rather, as it is written: “Those who were not told about him will see, and those who have not heard will understand.” This is why I have often been hindered from coming to you. (Romans 15:20—22 NIV)

In the very ethos of Paul, he was to go where many had yet to hear. Even through the ages, it has been considered (sometimes more than others) thoroughly Christian to have an obligation to the places that have not yet heard the gospel.

In modern times we have become comfortable in our Christian communities and do not realize there are those still waiting to hear the name of Jesus for the first time. At different times in history, the Church has realized the privilege and responsibility to consider the un–evangelized places of our cities and nations. This is part of our inheritance! Paul says it was his ambition. Why? So those who were not told will see and those who have not heard will understand; that the silence of hope would be broken over their lives in the hearing of the good news. Paul’s final sentence is a challenge to us today, “This is why I have often been hindered from coming to you.” We realize that he wanted to visit the church in Rome as he had heard great things of it. That church was thriving, and it would have been refreshing for Paul to experience joy and fellowship with other believers. However, Paul says he was hindered from coming to Rome because there were too many places that had never heard the name of Jesus.

To those in the IHOPKC community: You have modeled this in your obedience in intercession. Not only have you prayed for the spiritual awakening of the church but you’ve contended for those who have never seen or heard. I believe that together, in intercession and in going, we can see the greatest harvest in all of human history.

Join me in praying that God would hinder a generation from safe, comfortable, and inactive Christianity and that He would send us to the places that are longing for the good news of Jesus, the ripe harvest fields of the earth.

What region or people group are you passionate to reach?

Andy Byrd and The Send team have the vision to fill Arrowhead Stadium in Kansas City with believers crying out for revival and committing to lead lives of action while mobilizing the Church to go “from everywhere to everyone” to fulfill the great commission. Learn more at thesend.org. 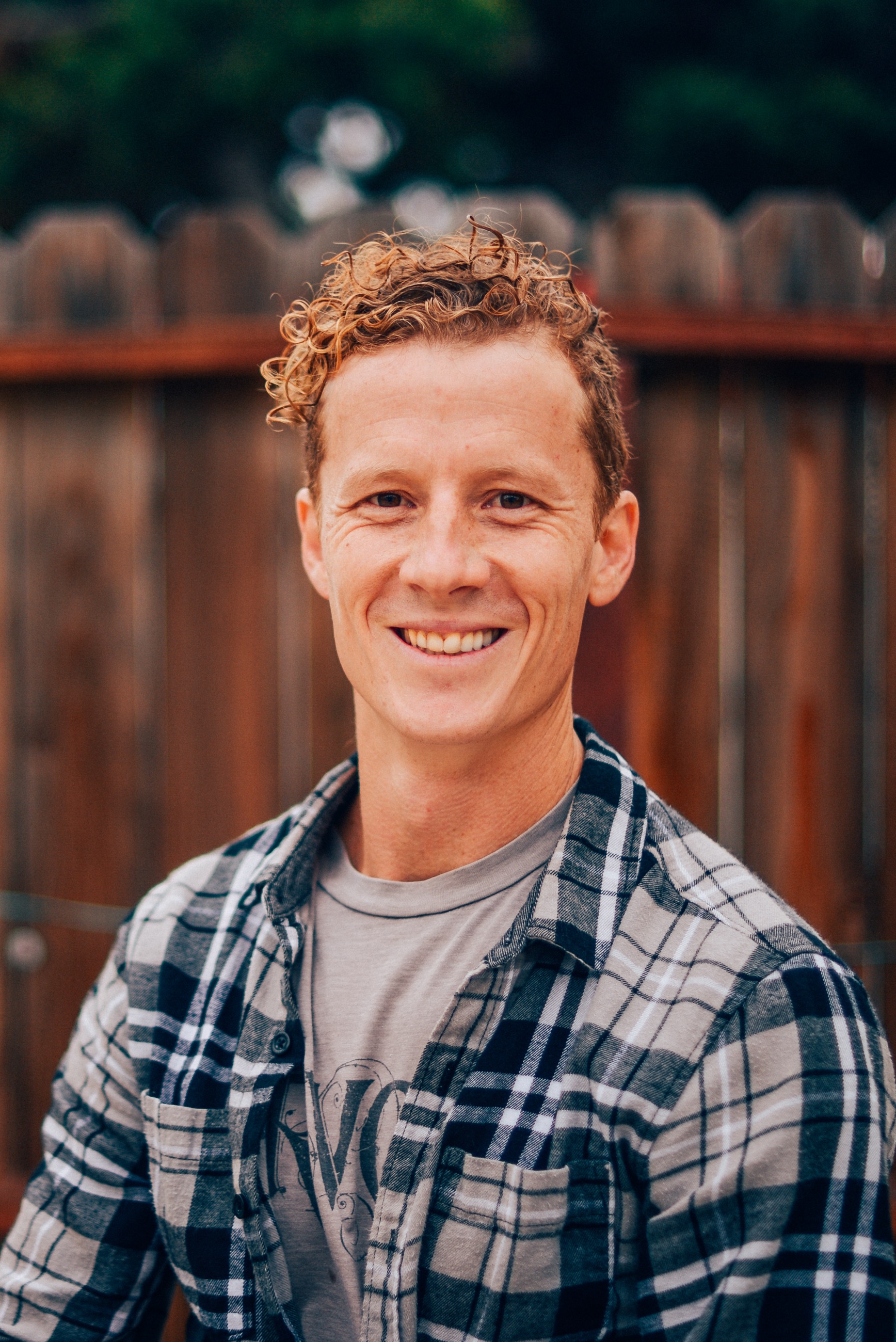 Andy Byrd and his wife, Holly, have dedicated their lives to spiritual awakening in the nations and in this generation. They work with a group of life-long friends committed to consecrated community, Christ-centered living, revival, and cultural reformation. Andy is part of the leadership of University of the Nations and YWAM Kona and has been with YWAM for 21 years, traveling to many different nations, with a heart to raise up a revival generation. Andy and Holly have helped to pioneer Fire and Fragrance ministries, the Circuit Rider Movement, and The Send. One of the greatest joys and the primary area of focus in their lives are their six children, Asher, Makana, Hadassah, Rhema, Valor, and Chanel. 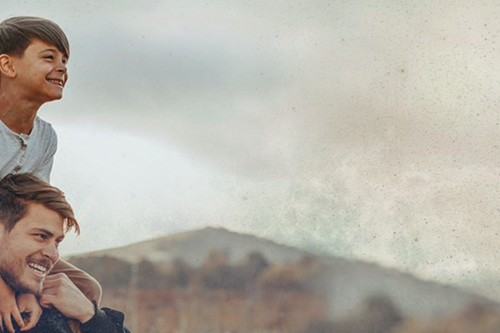 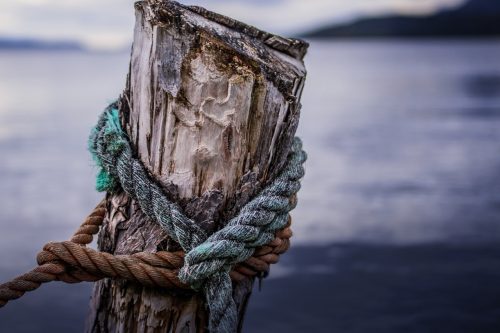 Untie The Donkey, The Lord Has Need Of You

He is in the business of untying donkeys—of breaking people free from that which holds you back. 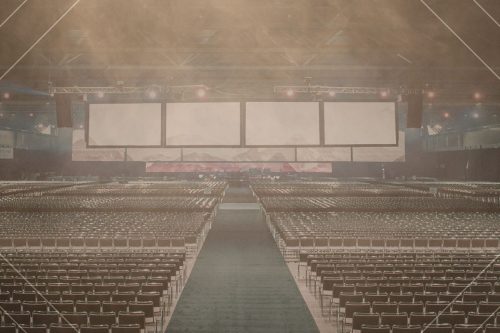 Why This Is Our Last Onething Conference for Some Years