Worship does more than realign your heart to feel the presence instead of the pressure. Worship aligns the earth with the will of God in heaven.

Worship and the End Times

Before Jesus returns to this planet, there will be wars and rumors of wars and nation rising against nation (Matthew 24:6–7). And in the very end, there will be a great conflict between two opposing global worship movements which will have far-reaching influence around the world. Yes, the greatest conflict in human history will be in the collision of two worship movements at the end of the age. It will be intense as the power of Jesus and the power of Satan will be openly displayed before billions of people. The good news is that at the end of this conflict, Jesus will sit on His throne of glory in Jerusalem as the great King over the nations throughout the millennial kingdom—the 1,000-year reign where Jesus Christ Himself will personally rule from Jerusalem (Matthew 19:28; Revelation 20:4–6).

Jesus is committed to raising up powerful, global, end-time prayer with worship movement. I use these two terms interchangeably because the end-time worship movement and prayer movement are really the same thing—two aspects of one reality. It will be powerful prayer that will flow within the context of anointed worship music.

In this hour of history, the global Body of Christ is in a time of transition that includes moving from seeing worship primarily as that which personally refreshes us (which it does) to viewing worship as one of the primary activities that the Lord uses to destroy the works of Satan on the earth.

Worship surely results in personal spiritual refreshment, but there is more that happens. Worship does more than realign our hearts to feel His presence; worship realigns the earth to the will of God. It is one of the significant means that God chose to transform the earth and to usher in the billion soul harvest, the second coming of Jesus, and the millennial kingdom. The prophetic, end-time church will see worship as a top priority instead of merely a warm-up to the Sunday-morning sermon. The global end-time worship movement is the Church’s first line of defense against Satan’s activity.

The Holy Spirit is raising up the most powerful prayer with worship movement in human history. In the decades leading up to Jesus’ return, I believe there will be an anointed global worship movement that will release an unprecedented measure of God’s power (Isaiah 42:10–13). That worship will birth and usher in the millennial kingdom with Jesus Himself, on a throne on the earth, using the keys of the kingdom to bind Satan and call down the New Jerusalem.

Great Conflict at the End of the Age

The primary conflict at the end of the age will be a great collision of two global worship movements—one that exalts Jesus and one that magnifies the Antichrist.
Satan is committed to a counterfeit end-time worship movement that will seek to force people to take the mark of the Beast (Revelation 13:4, 11–18). In the next decade or two, it is estimated that there will be about eight billion people on the earth. It is possible that several billion people or more will worship Satan and the Antichrist.

The implications of billions of people in a unified worship movement rooted in the realm of darkness could involve stadium worship events and large worship festivals that exalt the Antichrist and Satan. Such worship events will not be sterile, ritualistic, boring gatherings. I have no doubt that the Antichrist’s worship movement will have powerful music that moves people deeply. People will weep, miracles will happen, and many will feel “power” when they are in the midst of it (2 Thessalonians 2:9; Revelation 13:13). It will claim to be committed to justice, serve the poor, and to unify the human race. The name of Satan will probably never be mentioned. People who participate in it will be powerfully deluded and deceived by Satan to believe that the Antichrist worship moment is good.

We are entering the most powerful, the most important, and the most dangerous time in human history—both spiritually and physically. It will be the most passionate time in history. There will be passionate people worshiping Jesus and passionate people worshiping the Antichrist and the Devil. There will be signs and wonders on both sides. It will be very dangerous because Jesus warned us that this could deceive even the elect (Matthew 24:24).

One of the most descriptive prophecies in the Bible is in the last chapter of the last book.

This passage depicts the Spirit of God and the global Body of Christ, in her bridal identity, in profound unity with one another. They will be saying and doing the same thing together—they will be crying for Jesus to come. In this passage we see that Jesus will answer, “I am coming quickly!”
Immediately, John broke out in prayer, “Even so, come, Lord Jesus!” This is the cry for Jesus to come. It is in essence the cry, “Your kingdom come. Your will be done on earth as it is in heaven.” (Matthew 6:10).

Because the Bride Cries Out
Here is what we have to understand: Jesus will not just show up. Jesus will not just appear in the sky in a vacuum. He is only coming in response to the whole global Body of Christ crying out for Him to come in a spirit of unity and under the anointing of the Holy Spirit.

Jesus is coming only in answer to intentional, sustained global prayer that is under the leadership of the Spirit. He is not coming until the Church cries, “Come!” The nature of His relationship to His people is to respond to the partnership of His people who voluntarily choose to love and seek Him.
“Come, Lord” is not a one-time prayer but a sustained, unified, global cry for His return. Our King will come back in answer to our covenantal love.
What is the cry in your heart for Jesus to come?
Missed the RETURN conference? You can watch all 90 sessions now! Get access to the main sessions (with Mike Bickle, Chris Reed, and Francis Chan), the breakout sessions (on topics such as singing the Word, moving in power, and Israel vs Palestine), healing and prophetic ministry, conference notes, interviews, and more. Relive this historic conversation on preparing the Church for Christ’s return. Get access today >> 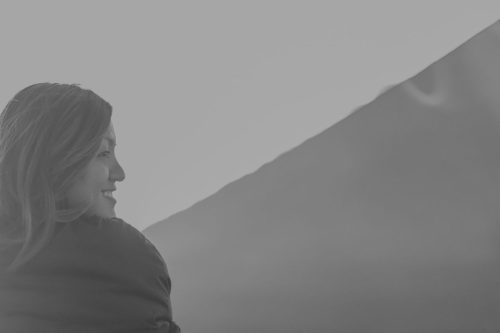 As global tensions rise and the U.S. Presidential race heats up, there's no better time than now to press into the beauty of Jesus! 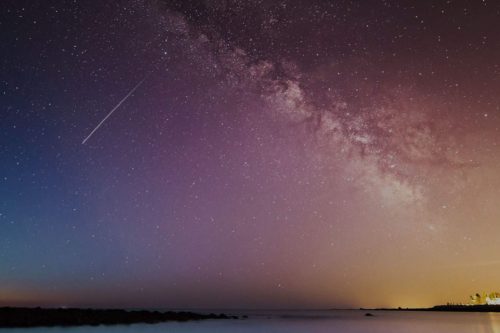 God is raising up forerunners who will prepare many for the unique dynamics surrounding Jesus' return. 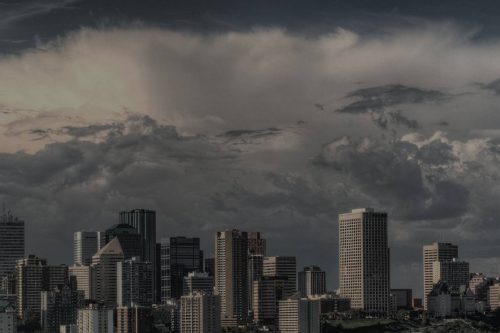 Even in Crisis, God is in Control

In times of national crisis, God is still on the throne. We can take strength from that and partner with Him as we find wisdom on how to respond in His Word.