by Adam Wittenberg
5/19/16 Training and Events

They came for training, and experienced encounter.

Each summer, young adults hungry for more of God take part in the Luke18 Project’s Summer Leadership Program—three weeks of teaching and training hosted at the International House of Prayer of Kansas City. Many experience life-changing encounter with Jesus.

“I was seeking a consecrated time with God, to get His heart, have Him speak into me, and get a refreshing vision,” said Troy S., a recent college graduate from Milwaukee, WI, who ministers to young adults. “I got that, and way, way more.”

In IHOPKC’s prayer room, Troy had a powerful encounter similar to Isaiah 6.

“God showed me His throne room and gave me a lot of revelation of His character—what He looks like, what His throne room looks like, the angels worshiping, and His power and holiness,” he said. “Then the Lord turned His head toward me, and one glimpse of His eyes for a second and I almost felt like I was going to explode . . . like if I would’ve kept that gaze I would have literally fallen to the ground.”

Troy had been praying, “Lord, let me be undone,” and God was faithful to answer.

“Now I just want to be in a place of encounter with God all the time, and I want to bring people into that,” he says.

Rendu P., a senior at California State University, Long Beach, found release to live his dream of worshiping God and leading others into His presence through the summer leadership program.

It started with a revelation that “I don’t know God nearly as much as I thought I did,” Rendu says. But the Lord also sent a prophetic word through Troy that “God has His hand over your heart. There’s no separation. You are My son, and I want all of you.”

“That wrecked me,” says Rendu, a biology major who had been wrestling with questions about his career, future, and ministry.

Although he expected answers to his issues, “the first week, I didn’t even get the chance to pray about them because I was so in the moment of being consumed by His love.”

Now there’s a peace in Rendu’s heart, not just about his future, but that he can and will, “make an impact in the world just by following God.”

“Even one voice is enough to shake the earth,” he adds. “My life verse is Philippians 4:13, and I believe that so much more than before.”

Lives are changed in various ways.

Aubrie M., a senior at Lamar University in Beaumont, TX, found freedom through a teaching on confession.

“In the Old Testament, it talks about not having anything left that can ensnare you (Deut. 12:30),” says Aubrie, a chemical engineering major. “In Hebrews 12:1, it says to lay down every weight and every sin that could easily ensnare us, and 1 Corinthians 9:24 says to run the race like we want to win. I made it a purpose to confess the nitty-gritty details, to where I couldn’t think of anything else to confess.”

The Lord blessed her obedience.

“The first couple of days, God started bringing things up to me,” she said. “I found liberation and freedom in uncompromised, wholehearted servitude to Him. I see how important and urgent it is to give Him everything that we have.”

Based on her experience, Aubrie says that visitors to IHOPKC should “come expecting Jeremiah 33:3—for Him to reveal things to you, things you don’t know, great mysteries that you can’t even understand, and to find new revelation in Him.”

“It’ll change your life,” Rendu agrees. “You come here, you won’t be the same—and it’s going to be for the better.”

For Troy, time at IHOPKC “is an opportunity to experience God on a deeper level, because the environment of the prayer room is pure adoration and the worship of God.”

“I’ve never really seen that,” Aubrie adds, “people my age that actually love Jesus, are passionate about Him and want to be wholehearted for Him. It’s so encouraging!” 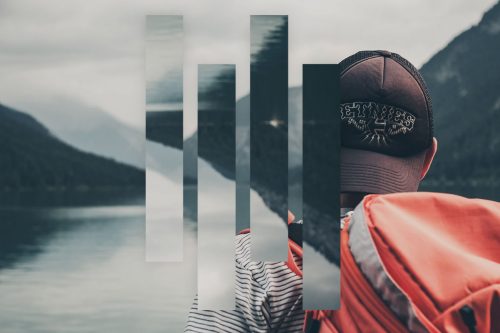 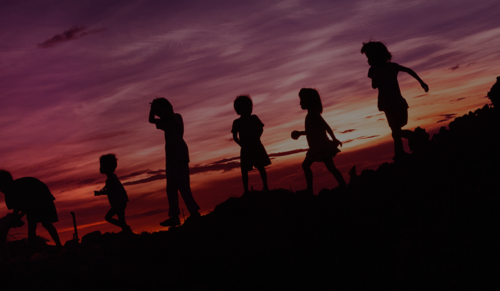 Imparting a Legacy of Prayer to Our Children

As Jesus taught and modeled to His disciples a lifestyle of prayer, so must we as parents teach and model to our main disciples—our children—a life of prayer. 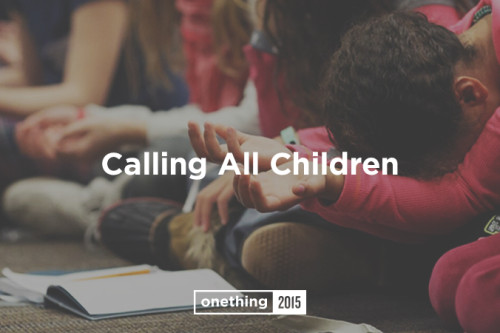 Onething 2015 is fast approaching, and families—and children—are most welcome! That’s the message that Lenny LaGuardia, director of the Children’s…