The black community has a rich history of willing messengers who, like Jesus, have been undeterred in the face of opposition, oppression, and even violence.

Forerunners of the Faith from the Black Community

God is a natural communicator—a Creator who calls His creation to come near.

From the beginning, He has been speaking. His message has gone forth from His own mouth and through the mouths of His messengers.

Throughout time God has raised up those who will point to Him, testify of His works, and speak about what’s to come. He has a purpose for each person He’s made. God also has plans for each people group, showing each one distinct aspects of His character so that together we would corporately form the Body, reflecting Him as we invite others into the family from within our like groups and without.

This is true of all the diverse groups throughout the earth, including the black community in the United States. From Harriet Tubman to Richard Allen to Stuart Greaves, history is rich with black members of the Body heralding the worth of Jesus.

God has sent out His messengers directing them to move from one location to another, from the comfort of their homes to far-flung places across the earth. They have gone out to proclaim truth, drawing on the Lord’s strength as they trust Him, even in the face of opposition and difficulty. These ones He’s selected and prepared have been anchored in the Lord—receiving their worth, value, identity, and calling from God alone.

As we see in the Word, God can use various types of people to speak His message. Some messengers have been reluctant like Jonah. Others have been radically encountered and unable to contain their news, like the woman at the well; others have been fearful and despondent, but drawn into obedience like Elijah, or untrained and young like David.

But all had a clear understanding that they had truth to share. They were propelled with a clear mandate of what they are called to and the role they play in God’s divine plan.

The Mandate Is Clear
Abraham was clear about what the Lord had called him to and prepared for him.

Now the Lord had said to Abram: “Get out of your country, from your family and from your father’s house, to a land that I will show you. I will make you a great nation;
I will bless you and make your name great; and you shall be a blessing. I will bless those who bless you, and I will curse him who curses you; and in you all the families of the earth shall be blessed.” (Genesis 12:1–3)

Now when the sun was going down, a deep sleep fell upon Abram; and behold, horror and great darkness fell upon him. Then He said to Abram: “Know certainly that your descendants will be strangers in a land that is not theirs, and will serve them, and they will afflict them four hundred years. And also the nation whom they serve I will judge; afterward they shall come out with great possessions. Now as for you, you shall go to your fathers in peace; you shall be buried at a good old age. But in the fourth generation they shall return here, for the iniquity of the Amorites is not yet complete.” (Genesis 15:12–16)

Jesus knew His identity, His purpose, and what He needed to accomplish during His time on earth. As He stated in His own words, “the Son of Man has come to seek and to save that which was lost” (Luke 19:10); “the Son of Man did not come to be served, but to serve, and to give His life a ransom for many” (Mark 10:45); and “I have come that they may have life, and that they may have it more abundantly (John 10:10).

And just as God has been clear as to what He called Israel to do, their role and purpose in the earth, He also has a plan for every people group He’s created.

Even before the foundations of the earth were set, there’s been a holy conversation going on amongst the Trinity about the family they would have. And we know, based on the Word of God, that Jesus will have a diverse family, reigning with Him in the age to come.

After these things I looked, and behold, a great multitude which no one could number, of all nations, tribes, peoples, and tongues, standing before the throne and before the Lamb, clothed with white robes, with palm branches in their hands, and crying out with a loud voice, saying, “Salvation belongs to our God who sits on the throne, and to the Lamb!” (Revelation 7:9–10)

Jesus was clear on what He came to accomplish. He knew why He came to the earth and what needed to be done. His time, energy, and focus were all aimed at accomplishing the will of the Father. And when He encountered hardship, embarrassment, brutality, falsified evidence, and even an unfair trial that resulted in His death, He was able to fulfill what was prophesied about Him through this moment of humiliation and mockery without regret.

He was oppressed and He was afflicted, yet He opened not His mouth; He was led as a lamb to the slaughter, and as a sheep before its shearers is silent, so He opened not His mouth. He was taken from prison and from judgment, and who will declare His generation? For He was cut off from the land of the living; for the transgressions of My people He was stricken. (Isaiah 53:7–8)

In the midst of the difficulty Jesus experienced during His 33 years on earth, He was able to look beyond those moments to what was to come—when He would receive all the nations as His inheritance—and accomplish the will of His heavenly Father.

From the Word, it’s clear to see the Lord is the same yesterday, today, and forever, and is able to work through any heart surrendered to Him at any time. Whether it’s using a shepherd to defeat an imposing threat, a wayward woman to galvanize a town, or an emotionally unstable prophet to bring about righteousness, God is able.

Surrender Knows No Color
The black community has a rich history of willing messengers who, like Jesus, have been undeterred in the face of opposition, oppression, and even violence. They, too, focused on the will of the One who sent them and maintained a heavenly perspective, refusing to allow life’s atrocities and obvious sinfulness to become insurmountable stumbling blocks.

Richard Allen (1760–1831) was the founder of the African Methodist Episcopal Church. Although he was born into slavery in Delaware and separated from most of his family at a young age, he heard the gospel at the age of 17 and made the decision to give his life to Christ. He began preaching, but slave owners sought to silence him because they feared a rebellion from their slaves. But when his increased work ethic was attributed to his conversion, his own owner allowed a preacher to visit the plantation and share the gospel with everyone. Richard’s owner was so struck by the preacher’s message that he began to believe slavery was wrong, and he allowed every one of his slaves to buy their freedom.

Richard purchased his freedom at the age of 20 and began preaching in different cities on the East Coast, with many flocking to hear his teachings. Due to others’ efforts that prevented black church members from meeting for worship, Richard founded Mother Bethel AME, the first fully-independent black denomination, in 1794.

Zilpha Elaw was born 1790 into a free family near Philadelphia. But at the age of 12 her mother died. Two years later her father died leaving Zilpha an orphan. She was adopted into a family with very little interest in things of God.

One night, after taking the Lord’s name in vain, Zilpha had a dream that an angel announced that the end had come and God’s judgment was coming. She was so shaken that she immediately had a desire to know where she stood with God. Through a series of Methodist camp meetings, Zilpha received salvation and her calling to preach the gospel, which she resisted for several years because she felt unqualified. After a time of extreme sickness, she relented to her calling to preach the gospel, although she was concerned that being a black woman would hinder her effectiveness.

However, her concerns were defeated, proven to be unfounded when the Lord used those two factors to draw many to Himself through Zilpha as she traveled throughout the Northeast and the southern states, despite threats on her life and the possibility of being enslaved. Although she experienced personal battles with illness and the jealousy of fellow believers and even her husband, Zilpha continued to serve God, valuing her relationship with Him above all else.

With diverse talents and giftings and a history of strong faith in Jesus, despite injustice, the black community is still positioned to be used by God in mighty ways.

For Richard and Zilpha, the purpose of what needed to be accomplished was clear, making it less painful to place even the most challenging moments of life into the category of a light and momentary affliction, which actually helped prepare them for the eternal weight of glory awaiting them (2 Corinthians 4:17).

Which forerunners from the black community challenge you to conform your life to Jesus’ will?

If you want to learn more about forerunners in the faith like Richard and Zilpha, check out the Malachi Project. It was developed to preserve the moving stories of faithful African American believers throughout the last three centuries and to inspire a generation of young adults in the African American community to live lives of wholehearted abandonment to Jesus Christ. 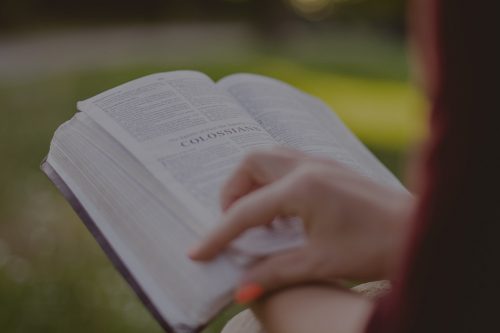 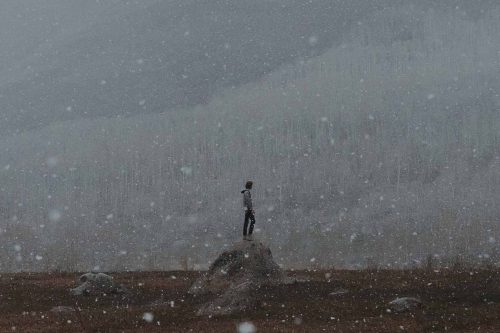 Having Peace during Life’s Storms

Our great God, our Good Shepherd, actually overcame what hindered us and will restore all things. And in this life He will prevail over every storm. 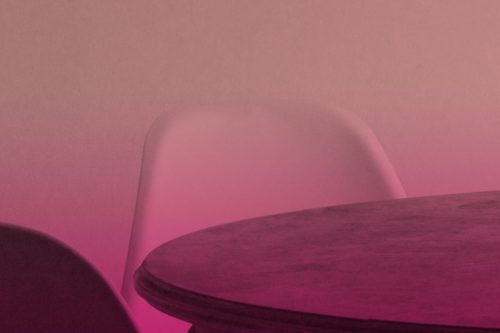 Fasting quietly, regularly, and feasting on God and His Word will prepare you for a lifetime of healthy fasting!