Before the Lord returns, the Church will see themselves as a Bride crying out to her Bridegroom King to come to her.

Characteristics of Prayer in the End Times

Jesus is not coming back to a prayerless Church, but to one that is operating in close partnership with Him in intercession for the end-time harvest (Rev. 22:17). The Holy Spirit is on the move, raising up a worldwide prayer and worship movement throughout the whole Body of Christ. The outcome will include the gospel being preached to all nations in the power of the Holy Spirit (Mt. 24:14; Rev. 7:9, 14).

The end-time prayer and worship movement is rapidly growing in the nations as the Holy Spirit works to establish a prayer culture in the Body of Christ before Jesus returns. Throughout the world He is raising up people with what I refer to as the “Anna calling” (Lk. 2:37). The end-time Annas are radical believers who function as what I call “intercessory missionaries,” engaging in the work of intercession with worship as their full-time occupation.

The prophet Isaiah and King David, in the Psalms, gave us the most information about the end-time prayer and worship movement in terms of its earthly dimension, and the apostle John described it from a heavenly perspective in the book of Revelation. I will identify just seven of them, though there are many more.

The end-time prayer and worship movement will be God-centered, relational, continual, musical, global, missional, and intergenerational. I believe that the end-time prayer movement will express worship “on earth as it is in heaven” (Mt. 6:10) in a greater way than the worship-intercession model David established with the Levites in his generation did.

1. The end-time prayer movement will be God-centered.

The songs will focus on the Lord’s majesty and bring “glory to the Lord, as the Righteous One.” Some translations clarify Isaiah 24:16 by translating the phrase “the righteous” as “the Righteous One” (see the NIV and the NASB). Through these songs worshipers will magnify the majesty of God.

Around the globe, people of all ages are catching a glimpse of the beauty, worth, and supremacy of Jesus and are responding in genuine love as they treasure and adore Him, giving a witness on the earth to His indescribable value.

The truth of Jesus’ worth and greatness must be declared in song and in prophetic proclamation, because it is the ultimate truth on which the whole created universe exists. The end-time prayer movement on earth will join the worship symphony in heaven, crying out, “Worthy is the Lamb!” (Rev. 5:12).

2. The end-time prayer movement will be relational.

The end-time prayer and worship movement will have a relational focus, which will be reflected in our singing of the wonders of God’s love for us and our response of love for Him. God is love, and He wants relationship with us—not because He is needy, but because He wants to share His love and to rule the earth in a deep partnership with His people. Love finds pleasure in relating to others and working closely with others.

Jesus desires to make us feel loved; He celebrates our dignity and value and wants us to do so too. He delights in us, in sharing His heart with us, and in relating to us. He wants to partner with us in the work that His Father has entrusted to Him. He is pleased when we love, honor, and magnify Him.

As King David did, we will sing songs about God’s love for us. We will also sing new songs about our destiny as kings and priests ruling the earth with Jesus forever. We will sing of our love for Jesus, thanking Him for mercy and asking Him for help in times when our love is weak. We will sing of His kindness and of the marvel that He takes pleasure in weak people and imparts His very own beauty to us (Isa. 61:3; cf. Ps. 90:17; 149:4).

In tandem with the revelation of the Father heart of God is the understanding of Jesus as our Bridegroom King and of the Body of Christ as His cherished Bride (Eph.5:29–32). Thus we will sing of the Father’s relating to us with tender mercy and of Jesus expressing His desire for His people as their Bridegroom God (Isa. 54:5; 62:5; Rev. 22:17).

Before the Lord returns, the Church will see themselves as a Bride crying out to her Bridegroom King to come to her (Rev. 22:17, 20). Even now the Holy Spirit is emphasizing the Church’s identity as His cherished Bride.

Isaiah connected the revelation of Jesus as the Bridegroom with the end-time prayer movement that will continue night and day until the Lord returns to make Jerusalem a praise in the earth:

“You shall be called Hephzibah . . . the Lord delights in you . . . For . . . as the bridegroom rejoices over the bride, so shall your God rejoice over you. I have set watchmen [intercessors] on your walls, O Jerusalem; they shall never hold their peace day or night . . . till He makes Jerusalem a praise in the earth,” (Isaiah 62:4–7).

He prophesied that in the end times God’s people would be called “Hephzibah,” which in Hebrew carries the meaning of the Lord’s delighting in His people.

The God who delights in us is the very One who will set intercessors in place to worship and pray 24/7 until Jesus returns (vv. 6–7). His Holy Spirit is moving right now to raise up a multitude of men and women—singers, preachers, evangelists, writers, marketplace leaders, intercessors, and so on—all over the world, who will proclaim that God delights in His people.

I have found that people are best motivated to sustain night-and-day intercession when they understand that God delights in them as a bridegroom delights in his bride (vv. 4–5).

In fact, one reason people burn out in intercession and ministry to others is that they lack the intimacy with God that comes from encountering Jesus as their Bridegroom God who delights in His relationship with them. In other words, the revelation of the Church as Jesus’ cherished Bride is essential to keeping our hearts alive through the years as we diligently do the work of the kingdom.

As the worship order around God’s throne in heaven is continual, so worship on earth will be continual in many nations before Jesus returns. Isaiah prophesied of a time just before the Lord returns when He would set intercessors in place who would never be silent, day or night. Isaiah referred to them as watchmen “who remind the Lord.”

“On your walls, O Jerusalem, I have appointed watchmen [intercessors]; all day and all night they will never keep silent. You who remind the Lord, take no rest for yourselves; and give Him no rest until He establishes and makes Jerusalem a praise in the earth,” (Isaiah 62:6–7, NASB).

Isaiah described prayer ministries that would continue 24/7 until the time when Jerusalem becomes a praise in the earth—that is, when Jesus returns to reign from Jerusalem.

Jeremiah prophesied the Lord’s reign in Jerusalem when he decreed, “At that time Jerusalem shall be called The Throne of the Lord” (Jer. 3:17). And Jesus spoke of Jerusalem as “the city of the great King” (Mt. 5:35), anticipating the day when He would dwell there among His people, ruling the nations in partnership with them after He returns to earth.

Only one generation will see the fulfillment of God’s promise to appoint watchmen–intercessors to pray “all day and all night” on Jerusalem’s walls. Do you understand the significance of this promise?

God will sovereignly appoint and place intercessors in prayer ministries who will not stop praying for Jerusalem until Jesus returns. In ministries in Jerusalem and around the world believers are taking hold of this prophetic promise and standing on the wall of intercession to cry out for the salvation of Jerusalem and the nations. Perhaps you will be one of them!

Jesus made reference to the prophecy given by Isaiah when He spoke of those who would pray day and night and whose prayers would result in the release of justice (Lk. 18:1–8). Jesus connected the call to continual prayer to the timing of His second coming (vv. 7–8). Also notice that in Luke 18:1, Jesus started His parable with “then,” tying it back to what He had just taught about the end times in Luke 17:22–36.

“Then He spoke a parable to them, that men always ought to pray and not lose heart . . . ‘Shall God not avenge His own elect who cry out day and night to Him . . .? I tell you that He will avenge them speedily. Nevertheless, when the Son of Man comes [second coming], will He really find faith on the earth?'” (Luke 18:1, 7–8).

In place of the word avenge in verses 7 and 8, many Bible translations use the phrase “bring about justice.” Jesus connected night-and-day prayer to God’s releasing justice on earth, especially in the generation in which the Son of Man comes back.

The Spirit is raising up many leaders in the Body of Christ who have faith (agreement with God) to work for justice in a way that flows from praying night and day for it. Most often, 24/7 prayer will arise from many local churches working together across a city or region.

See the continuation of this article in the blog post “Global Worship and Prayer in the End Times,” available now.

Learn more about Growing in Prayer » 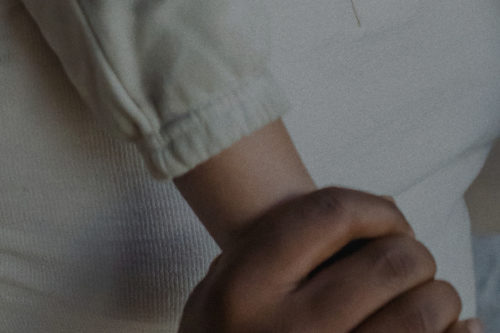 Dads, Their Sons, and the ABCs of Emotional Intelligence

Believe it or not, happiness is tied to emotional intelligence. John advises fathers how to help their sons grow into mature, healthy men. 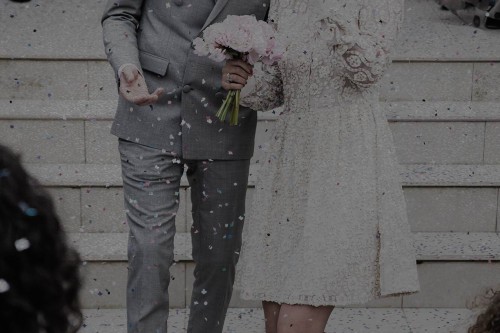 How Do I Know if He (or She) is the Right One to Marry?

Our lifelong partner should be someone who shares our vision and values, as well a desire to glorify God through our union.

The Call to Be a Full-Time Intercessory Missionary

The Lord is calling people to a full-time ministry occupation that I refer to as an intercessory missionary. I define…