Instead of looking at wicked men, we can set our eyes on Jesus, seek His face, and acknowledge God's plan, which is sure.

Even in Crisis, God is in Control

There’s a saying in politics: Never waste a good crisis.

This means that even in bad circumstances such as war, natural disasters, and moral crises, there’s room for something good.

The Bible warns of many crises in the days before Jesus returns (see Matthew 24). Some of them are already here, and many—political, financial, national, racial, and environmental—are increasing.

This information helps us know the hour in which we’re living and see where we’re heading. Psalm 2 also speaks of national and global crisis as well as the unfolding response of God, His Son, and His people.

Why do the nations rage, and the people plot a vain thing? The kings of the earth set themselves, and the rulers take counsel together, against the Lord and against His Anointed, saying, “Let us break Their bonds in pieces and cast away Their cords from us.” (Ps. 2:1–3)

The kings and rulers oppose God and His Word, seeking to eliminate them from every sphere of society (government, business, media, arts and entertainment, family, and education). They are advancing, but then God responds:

He who sits in the heavens shall laugh; the Lord shall hold them in derision. Then He shall speak to them in His wrath, and distress them in His deep displeasure: “Yet I have set My King on My holy hill of Zion.” (Ps. 2:4–6)

Jesus is on the throne, no matter what they say or do. In addition, God has a plan to engage not only His Son, but also His people, in partnership with Him to bring about His purposes:

“I will declare the decree: The Lord has said to Me, ‘You are My Son, today I have begotten You. Ask of Me, and I will give You the nations for Your inheritance, and the ends of the earth for Your possession.” (Ps. 2:7–8)

From this, we see three truths that can help us in time of crisis:

1. God’s Still on the Throne

From an earthly perspective, things look bad. The “kings” are defiant and using their power to oppose God. The biblical foundations of society are under steady attack. There seems to be very little hope.

But God is not moved. He is still seated on the throne, confident in His sovereign power. The rage of man does not threaten God’s reign. Man cannot unseat God from His throne.

Instead of fear, God’s response is to laugh. He laughs at the wicked because He knows their end. They are plotting “a vain thing,” but truth will prevail. And on this truth we must depend.

The nations are raging, trying to control the earth, but God’s Word is clear: He has set Jesus on the throne in Jerusalem, and He will rule over all, forever and ever (Daniel 7:14).

No one can stop God’s plan. His Word is sure, and will not be changed. Daniel 7 and the book of Revelation detail events on earth in the days before Jesus returns. There is much trial and adversity, but God prevails. Jesus will come and establish His eternal throne on earth, eliminating evil and ushering in a kingdom of everlasting righteousness.

Instead of looking at wicked men, we can set our eyes on Jesus, seek His face, and acknowledge God’s plan, which is sure. In this way, we, too, shall prevail.

The rest of Psalm 2 makes it clear that God works through relationship. Jesus tells us that God has spoken to Him and declared that Jesus is His son, that is, equal to Him. Then in the next verse, Jesus tells us that, even though He, Jesus, is equal with God, He is to ask God in intercession to give Him the nations as His inheritance.

There is another aspect of relationship, as David, the writer of Psalm 2, warns the kings of the earth:

Serve the Lord with fear, and rejoice with trembling. Kiss the Son, lest He be angry, and you perish in the way, when His wrath is kindled but a little. Blessed are all those who put their trust in Him (Ps. 2:11–12).

In other words, the better choice is to voluntarily choose Jesus now and live and reign with Him forever.

Other scripture confirms these truths.

Philippians 2:5–11 is one example. It says that although Jesus “existed in the form of God, (He) did not regard equality with God a thing to be grasped, but emptied Himself . . . becoming obedient to the point of death, even death on a cross . . . For this reason . . . God highly exalted Him, and bestowed on Him the name which is above every name, so that at the name of Jesus every knee will bow . . . and every tongue will confess that Jesus Christ is Lord, to the glory of God the Father” (Phil. 2:6-11, NASB).

Jesus is glorified because He humbled Himself to leave heaven and died to redeem humanity. This promises Him Lordship over the nations, and one day every knee will bow and every tongue confess that He is Lord—including those of the wicked rulers who oppose Him. Jesus asks for that Day in Psalm 2, and it will surely come.

As in Philippians 2, there is a blessing for all who follow Jesus now, before every knee must fall before Him in the day of His power, as revealed in Ps. 110.

The Lord said to my Lord, “Sit at My right hand, till I make Your enemies Your footstool.” (Psalm 110:1)

Also, Psalm 110 establishes intercession as the method Jesus, as High Priest, and we, as priests serving with Him, will use to partner in relationship with God to bring about this reality (verse 4).

This crisis in our nation is an opportunity to pray for God’s kingdom to come, and to warn people to repent and be ready for Christ’s return.

If we do this, the crisis won’t be “wasted” but will be used to expand the Kingdom of God.

Question: How can you partner with God during the crisis in our nation?

If you’re seeking wisdom about how to pray during this crisis, we recommend Mike Bickle’s newest book, God’s Answer to the Growing Crisis: A Bold Call to Action in the End Times. 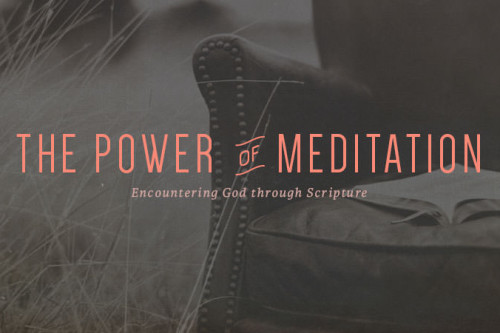 The Power of Meditation: Encountering God through Scripture

Years ago, Kirk Bennett, a senior leader here at IHOPKC, found himself reflecting on 2 Timothy 2:15 with more than… 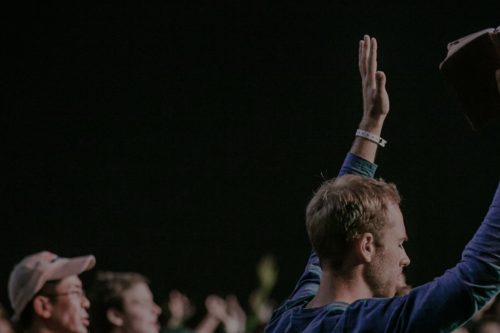 What sustains night and day prayer? It's knowing God and His deep affections for us! 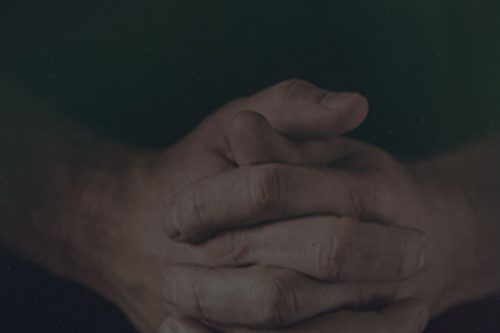 A consistent prayer life is something we all want, but the world is so distracting and the flesh so weak. Yet our God has wisdom and strength for everyone who wants to press in to Him.