They made themselves available to God, and He placed them at the very cusp of the changes He was bringing in their generation.

How Does God Prepare Messengers?

by Aaron Phillips
9/1/17 Training and Events

In today’s world it’s as though everyone is just looking for a new way to get ahead. More and more you find people trying to become more motivated, more wealthy, have the most successful career, or the healthiest body. The volume and amount of these voices have seemingly grown exponentially in the last few years. The questions of WHO should be listened to, WHO should be followed, or WHO should command the center of our attention have become more prevalent than possibly ever in history. These questions are coming out of a deep-seated need to know how to simply just succeed in the world we live in.

With all of the channels of input given to us through social feeds, news outlets, and educational institutions, we can almost drown into an over-saturated halt by the sheer volume of the noise. Our fears of missing the change that will revolutionize our lives or that we will once again fail in accomplishing all we were made for, have become dangerous—potential masters of our hearts and minds. Today’s prophetic voices can often shrink back because there seems to be no way to speak or be heard because of society’s screaming loudspeaker filling everyone’s ears.

Let’s consider these questions: How exactly does God form men and women who will be messengers for Him in today’s culture? Is there a risk that the noise of our society will drown out the voice of God to the man and women called to be something different in their generation?

God spoke to people like Moses, Esther, David, and Daniel, making them the very vehicles of change for God’s purposes in their day. God fashioned these powerful vessels out of very ordinary people who chose to set their ears and eyes on God and His spoken word to them. Their radical lives weren’t based on their abilities or how they maximized their life’s potential to be noticed. What separated them and men like John the Baptist, was their intent lean into listening for God’s voice. In fact many times, it was in silence and quietness that they became part of God’s message needed for their day and hour. Whether on the hills of the Israeli countryside, in the courts of pagan kings, and even in exile from their homes and loved ones, God formed these men and women in a way He called perfect. They were never limited by the situations they were placed in. It was never about their potential to be great, but rather, how they had drawn near to God in the places and cultures they were placed in. They made themselves available to God, and He placed them at the very cusp of the changes He was bringing in their generation.

God forms His messengers through a patient process, requiring an attentiveness to Himself that feels a lot like listening before speaking. Messengers are first and foremost observers of God’s Word from BEFORE and God’s Word NOW! Every messenger has taken the test of patience to carry both of these elements. There are no quick fixes for God placing roots in our lives. Jesus gave us the parable of the sower in Luke 8 as a picture of how much fruit is possible when His word lands in the right soil. Every man or woman sent from God will go through the process of becoming properly prepared soil. Again, the way of the messenger is a lot more like listening than it is about speaking. God will always offer to prepare us before the time of fruitfulness. Timing is just as important to our Father as visibility.

For example, had Esther had taken matters into her own hands to rush before the king, she may never have lived to save the thousands of men, women and children slated to die. If Daniel had not kept his life of steady prayer, would he have had the courage to stand in lion’s den and testify that there is only one God who can save men? These men and women had these significant moments where their hidden history in God became the very bedrock for God’s power to be seen and His word to be heard through them. All of the years of struggling through boredom, discouragement, successes and the changes of their own lives mattered. Their constant, steady lives of prayer and drawing near to God were rewarded with authority in these significant moments.

God never created a person who would not be granted the ability to choose how deeply they would dive into God. It is within our choices that incredible faith is formed, the opportunity for miracles emerges and steadfast love for Jesus is grown. God makes Himself available to every man, woman and child, but He shows more to the ones who dive in asking Him for more. James tells us that Elijah was a man just like us. Was he called by God, yes, but He also drew near to the living God, he inquired of Him and saw His hand move in mighty ways.

God’s eyes are on the willing who will pull back to look for Him first in this generation. His conditions on not built around who is more capable, but rather who is more willing to be patiently molded in His hands. Messengers of God are willing for God to put His hands on them by His very words and receive it as their bread. By this they begin bear His name and have living bread they’ve found in God to give to the world around them.

Are you sensing God’s leading into ministry? Do you want to grow in understanding of the Word? Sing and play music for His glory? Or use media to tell his story to this generation? International House of Prayer University offers ministry training in the context of night-and-day prayer, equipping messengers to declare the beauty of Jesus. Learn more about IHOPU’s distinctives and programs: ihopu.org 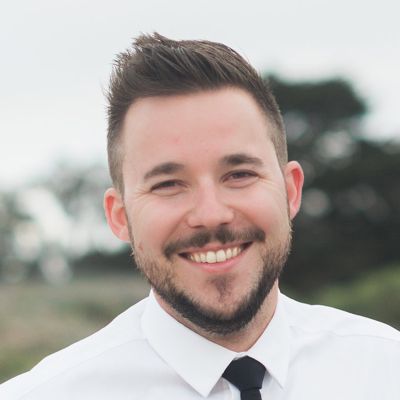 Aaron Phillips joined IHOPKC staff with his wife, Joy, in 2010 after graduating from IHOPU. Before serving as the director of Operations, Aaron served the university in the areas of financial development and campus management. His passion is to see the next generation of leaders fully embrace the purposes of God as they pursue lifestyles of deep love for Jesus. 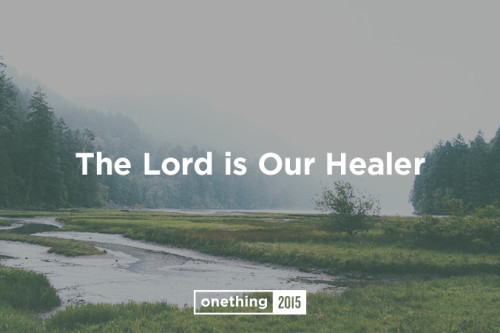 The Lord is Our Healer

Every year, God touches hundreds of people who come to the healing rooms at Onething. Read and hear their testimonies! 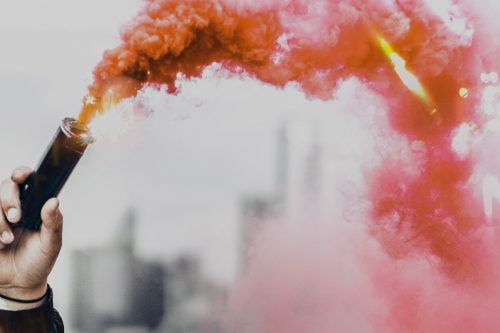 The Way We End Our Race Matters Most

Whenever we are yielded to the Spirit and motivated by His ways of love, we will enter His rest and glorify God. 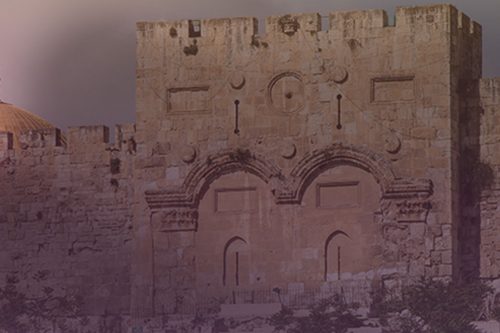 Does the Gospel Have a Backbone?

In the darkness of this side of our existence where evil and affliction prevail, we must see ourselves as citizens of the Holy City, whose builder and maker is God.