As a parent I am always wrestling with the tension between restraint (an important principle of restricting sin) and freedom (giving opportunity to discern and make choices).

Should My Sons Go to the Coldplay Concert?

Context: Recently, Coldplay came to Kansas City. I wrote this as a response to a good friend who questioned some of her peers at IHOPKC for attending this concert of a secular band. Her desire was for personal righteousness, and I love her for this!

Below is my response to her, attempting to give some of the principles I have used as a parent in making decisions for what I engage in and, especially, for what my children engage in. It is not comprehensive but does reflect my general thoughts on the issue.

I truly appreciate your zeal for righteousness, but I would rather not limit this discussion to the night when arguably the most popular band of this generation, Coldplay, came through Kansas City.

It reminds me of when U2 came to Tampa, Florida, when I was a 20-year-old Christian. The Joshua Tree was the most engaging album of my time, and I would not have missed it. Albeit, back then I did not have much clarity on the subject, but as a parent I have had to think through issues like these in order to better help my sons navigate decision making in a fallen world.

Below are four principles I draw upon when making decisions on what we listen to or do not listen to. They are the principles I used in concluding whether or not my sons should have gone to see Coldplay.

Principle One: The Sacred/Secular Debate

I do not place a simple divide between the sacred and secular. There is no possibility of creating these broad-based categories. Are all sports events now ruled out? Should all television and movies be ruled out? Broadway plays? Citywide Christmas galas? Symphony orchestras? Art galleries? Botanical gardens? TED Talks? Liberal arts classes?

This is especially true for music. I listen to lots of people in lots of areas of life who are not Christians, and I listen to some non-Christian musical artists. For example, I listen to classical music, opera, Broadway plays, instrumental scores, etc. By far, these works and most events in a city are produced by non-Christians.

Jesus acknowledged this when He asked the Father that He not take His disciples out of the world but deliver them from the evil one. What does it look like to be in the world but not of the world? What are the principles to use in judging secular things?

Principle Two: Is It Beautiful, Good, and True?

They are represented in Paul’s admonition to think on whatever things are noble, just, pure, lovely, of good report, virtuous, and praiseworthy. My son Samuel was the first to apply these transcendentals to secular music for me, and I have used them ever since.

The Beautiful. Does the music carry a quality of beauty and excellence? Kenny G and Andrea Bocelli are good examples of beautiful instrumentation and vocalization. To be honest I am moved by the beauty of Andrea Bocelli’s voice. This is true of many classical or instrumental pieces. Does the music have a ring of human beauty and excellence? This is why I would watch The Voice over some crime drama. Watching humans, made in His image, sing is a beautiful sight. An unsaved person can reflect the beauty of God’s created design when they sing or play an instrument.

The Good. Does the music present a certain moral quality in its lyrics? Not all secular or Christian songs carry the same moral quality. This is why U2 is the greatest band of my generation. Songs like “Bullet in the Blue Sky,” “In the Name of Love,” and “Psalm 40” are still hailed as some of the greatest songs of the last 30 years.

This is why Peter, Paul, and Mary’s “Where Have All the Flowers Gone” moved a Vietnam generation to resist war. God’s common grace still allows unsaved persons to make moral laws and express a common goodness.

Thus, does the music rightly portray God’s purpose for humanity, especially women and the weak/poor? Is it exalting lust or debasement? Are the lyrics misogynistic? Or do they set forth the nobility and sacredness of human relationships?

The True. Does the music reflect themes that point to truth with regard to God, creation, and humanity? This category is why artists like James Taylor resonate deeply with people, because he writes songs of life that speak of relationships, love, and loss.

Artists in hip-hop, like Kendrick Lamar a confessed believer, write hard-hitting gut-wrenching, sometimes profane, lyrics that reflect the war-torn environment of an inner city black neighborhood. I listened to three or four of his songs the other day with my son and went away deeply moved for my black brothers and sisters.

I’ve heard many a sermon on race and racism. Nothing broke me at a heart level like Kendrick’s songs. I am still asking God to help me respond to this plight.

Principle Three: How Does It Affect My Relationships?

I know this is more subjective and harder to describe, but is a very important truth concerning the indwelling Spirit of Christ. My sons describe it this way, “Dad, I feel slimed when I listen to it.” Does it leave you depressed or lustful or in a number of other negative emotional states?

Second, my relationship with my children. As they grow older, I try to sow into them values and not hard fast rules that don’t allow them to engage the arts. Thus, I have taken all of my sons to art museums, Broadway plays, symphonies, and the like to educate them and to discuss the meaning of life and proper reflection of God’s creation and humanity’s divine purpose. I don’t ignore the culture shapers of the day with my kids but discuss the culture shapers with them, clearly giving them a moral compass and discussing it through the above three categories of beauty, goodness, and truth.

I also use music of all kinds to further my relationship with my family. For example, on our vacation we danced together to old Michael Jackson songs (The Jackson 5). We laughed and danced to Michael Jackson songs after having a family time earlier discussing John of the Cross and being satisfied in God alone. Watching my sons dance with their mom to The Jackson 5 was delightful.

The funny thing was that I felt the Lord’s sweet presence in both.

Third, how does this impact my other brothers and sisters in the Body of Christ? My liberty cannot be the cause of my brother or sister’s stumbling.

Principle Four: What Is My Primary Shaper?

What is the primary shaper of my heart and mind? While I may listen to and engage with a secular world on many fronts, my heart, mind, and will are to be shaped by God’s eternal Word and the Gospel of Jesus Christ. I want to satisfy my soul early with the beauty, goodness, and truth of God’s Word.

Thus, I am not conformed by the pattern of this world but renewed by the transformation of my mind through God’s Word. Secular music is not the go-to in the Hood home. God’s Word in song, writing, art, and reflection is!

I still read books written by non-Christians on historical figures and events. I still occasionally listen to a classical score, but my moral, aesthetic, and truth compass is first set each morning as I meditate on, sing, and pray God’s Word.

So, Did They Go to the Concert?

Back to the specific context of the concert. My sons (17 and 22) went to the concert, and I bought the tickets for the two brothers to connect together around the biggest music event in Kansas City for the last ten years.

I have listened to the band with my sons and found many of the songs to rank very well in the three categories above. We will discuss the concert later with a sense of both laughter and moral conviction. They will tell of how they got surprisingly moved by the box office and landed right next to the stage, and we will discuss what impact Coldplay is making on their generation and how Jesus might use my sons to make a mark on their peers through music and the arts.

By the way, both came back saying it was the most amazing display of light and sound that they have ever witnessed. Do you want to know what one of my sons said this morning as I prayed for them at the door before they left for the day? “I can’t wait to see the Revelation 4 throne room. If last night was a dim reflection of the coming light and sound, then what is the real thing going to be like around God’s throne?!”

I find myself praying as a father much like Jesus as He was preparing the disciples for life in a secular world without Him.

As a parent I am always wrestling with the tension between restraint (an important principle of restricting sin) and freedom (giving opportunity to discern and make choices). The tension is a very difficult one to manage but must happen in the context of the fear of God and vibrant relationship. Sometimes we miss the mark. I don’t think I did on this one.

This is not a full treatment of the issue, but I do believe it is a fair and sincere one. Did many people go for less noble and thought-through reasons? Probably. I think the answer is to give them the principles needed for navigating how to be in the world but not of it.

I find that hardline policies and rules don’t necessarily produce discerning, godly disciples. Lord, help us, and grant us wisdom in a spirit of humility, truth, and love.

This is not to make an argument for going or not going to a particular concert but to reflect the complexity parents and believers face as they seek to live in a world that is not their home. If this response to her concern helps give clarity to a complex issue, great. If you disagree, God will bless you as you navigate living in and raising kids in an unredeemed world as a redeemed citizen of heaven.

(The above was edited lightly for publication.)

Question: How do you process decisions about secular music, movies, and entertainment? 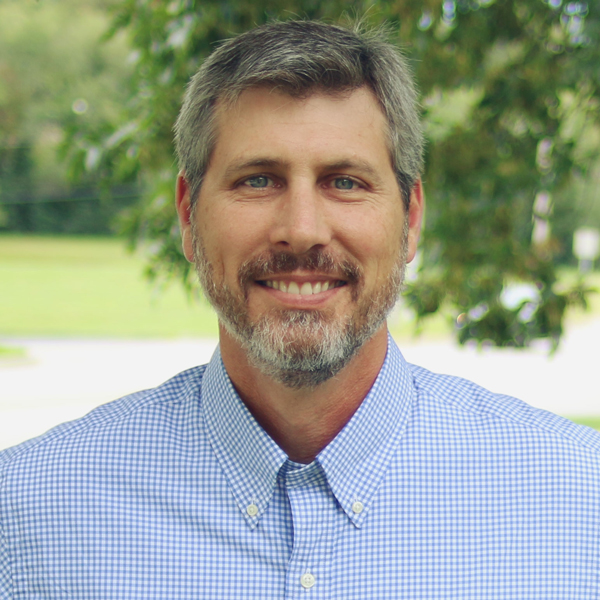 Allen Hood (MDiv, Asbury Theological Seminary) has been serving on the leadership team of the International House of Prayer since 2000. He served as the President of the International House of Prayer University from 2003–2016 and currently serves as the Associate Director of the IHOPKC Missions Base and as the Executive Pastor of Forerunner Church, IHOPKC’s church expression. Allen is an intercessory missionary called to partner in fulfilling the Great Commission by advancing 24/7 prayer and worship in every tribe and tongue and by proclaiming the beauty of Jesus and His glorious return. His highest joy is to see the Church manifesting the fullness of Christ’s life in the nations. Allen resides in Kansas City with his wife, Rachel, and their three sons. 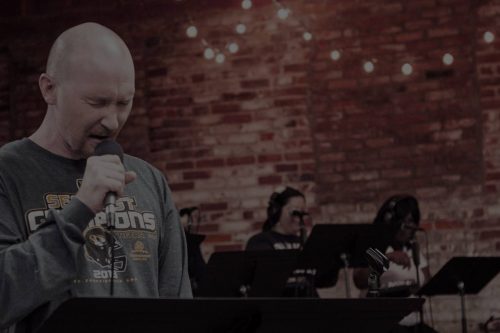 Stewarding Well the Life of an Intercessory Missionary

The topic of stewardship is critical to fully commit to the call to become an intercessory missionary. 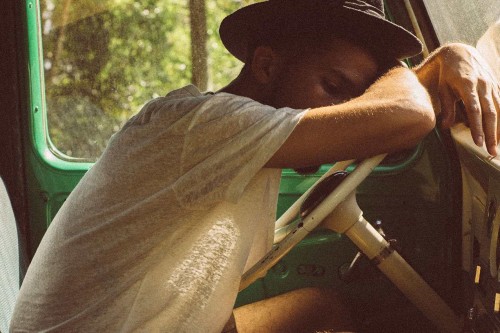 Can You Counteract Burnout?

The demands of life can wear on any believer, but it’s the Lord work in and through us that strengthens us against potential burnout. 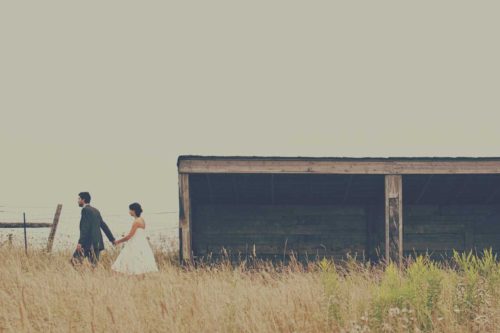 Prayer is a key element of a successful marriage, yielding benefits that sustain and renew us and the relationship.