The eternal destiny of all God’s people is to function as a house of prayer now and in the age to come.

The Mystery and Majesty of Prayer

The house of prayer in a city is not a church, not a prayer ministry, and not the building in which people meet. It is the whole body of Christ in that city.

The eternal destiny of all God’s people is to function as a house of prayer now and in the age to come.

Our greatest place of authority, honor, dignity, and security is found in the realm of prayer. It is not about having prayer meetings but about establishing a prayer culture in the Body of Christ.

Based in Scripture
In one short statement, Jesus revealed to us the eternal identity and destiny of His people. Jesus prophetically declared, “My house shall be called a house of prayer” (Matthew 21:13).

Isaiah also spoke this decree when he prophesied to Israel: “My house shall be called a house of prayer for all nations” (Isaiah 56:7). When God calls us by a specific name, it indicates our character and how we are to function in the Holy Spirit.

The foundational principle of prayer is that God speaks and moves our heart, and then we speak and move His heart. This results in God’s resources—His power, money, wisdom, creative ideas, unity, and favor in ministry—being released into the earthly realm. This is how God’s family will operate forever.

The Mystery and Majesty of Intercession
As we consider our identity as God’s house of prayer, I am struck by the mystery and the majesty of intercession.

The mystery lies in its simplicity: we just tell God what He tells us to tell Him. It is so easy that everyone can do it. The majesty is that Jesus Himself intercedes. Jesus lives forever to make intercession for His people (Hebrews 7:25); He rules the nations through intercession now and will do the same in the age to come (Psalm 2:8). Jesus is fully God, yet He intercedes. What humility!

In Genesis 1 the Father’s plan was to bring order to earth. The Spirit hovered over the earth, yet the chaos and darkness remained. When Jesus declared, “Let there be light,” the Spirit released light. The Spirit would not release the light until Jesus declared the word. The darkness remained until Jesus “interceded” and spoke God’s word over the darkness to release the Spirit’s creative power.

All three members of the Godhead work together in creation. The Father’s plan was to create the heavens and earth. Jesus spoke those plans into being. Then the Holy Spirit released the power (Genesis 1:3, 9, 11, 14–15, 24). As Creator, Jesus expressed Himself as an “intercessory oracle” by speaking God’s word back to God.

Prayer Is Agreement
Agreement with God’s heart is foundational to prayer and spiritual warfare and is expressed in worship. For example, we may say to God, “You are worthy,” “You are good,” or “Holy is the Lord.” In worship we declare the truth of who God is, and this leads to intimacy with Him.

Intercession is agreement with what God promises to do. For example, we may say, “Lord, release Your power.” When we declare the truth of who God is in worship, our faith expands to agree with what He has promised to do—this is intercession.

The Father has ordained that His “house” rule with Jesus through “intimacy-based intercession.” Intimacy refers to how our heart connects with God. Intercession relates to releasing His resources.

So we see that God governs the universe in partnership with His people through intercession. He opens doors of blessing and closes doors of oppression in response to our prayers. The Lord gives His people a dynamic role in determining a measure of the quality of life that we experience, as we respond to Him in prayer, obedience, faith, and meekness.

There are blessings that God has chosen to give, but only as His people rise up in the partnership of prayer. He requires that we ask, because it causes us to interact with His heart (James 4:2). This is an expression of His desire for intimate partnership with us.

God jealously protects His relationship with us by not releasing His resources until we speak to Him in prayer. God longs to release His grace and power but waits until He hears the cry of His people in intercession (Isaiah 30:18–19). God will not do our part, and we cannot do His part. If we don’t do our part, then God withholds some of the help and blessing He desires to give us.

Justice
Jesus is the ultimate social reformer. He establishes justice to reform society. In Luke’s gospel, Jesus said, “Will not God bring about justice for His elect who cry to Him day and night?” (Luke 18:7, NASB). Jesus is the only social reformer in history who linked cultural transformation to night-and-day prayer.

Justice is exemplified by soul-winning, healing, revival, unity, and the transformation of society. More than preventing wicked people from oppressing others, it includes empowering God’s people. Jesus knew that prayer would deal with the spiritual issues related to injustice and could change the spiritual atmosphere of a city or region.

Jesus continues in verse 8 (ESV): “He will give justice to them speedily.” The only way justice can be fully manifest is if we deal with the demonic powers in the supernatural realm, moving angels and demons by our words (Daniel 10:12–13). That is what Jesus’ question means in verse 7. The missions movement can only go so far without night-and-day prayer.

Intercession and God’s Plan
Prayer has always been at the center of God’s purpose. Chapters 4 and 5 of the book of Revelation describe the order of worship around God’s throne, where the four living creatures agree with Him in 24/7 worship and intercession (Revelation 4:8).

Consider these examples: human history began in a praying meeting in the garden of Eden (Genesis 3:8); Israel as a nation began at a prayer meeting at Mount Sinai, when God called them to be a kingdom of priests (Exodus 19:6–20). Their first mandate? To build a worship sanctuary, a house of prayer, in the wilderness (Exodus 25).

God’s purpose for His people to be a house of prayer is evident during the reigns of David and his son Solomon—Israel’s greatest hour in history.

Zerubbabel established full-time singers and musicians as commanded by David (Ezra 3:10–11; Nehemiah 12:47). Ezra and Nehemiah did the same (Nehemiah 12:24, 45). Each time this order of worship was reintroduced in Israel, spiritual breakthrough, deliverance, and military victory followed.

Before Jesus returns, the Spirit-anointed Church across the nations, established in her bridal identity and functioning in intercession and worship, will cry out with the Spirit, “Come, Lord Jesus!” (Revelation 22:17).

Jesus, Our Bridegroom God
Likewise, Jesus is longing for His Bride. God’s ultimate purpose for His creation is to provide a family for Himself and a bride for His Son, a bride who will reign forever with Him as His eternal companion. John heard the glorious announcement in heaven to rejoice because the marriage of the Lamb had come and because Jesus’ wife had made herself ready (Revelation 19:7–9).

Yes, natural history will end with a great wedding celebration! One of the guiding principles of the Father’s activity throughout all of history has been to prepare a bride for His worthy Son, to train a bride to rule the earth as Jesus’ eternal companion (Revelation 3:21; 5:10).

Jesus is not coming back to a prayerless Church, but to a people enjoying mature bridal partnership with Him in intercession for the harvest.

The Church will not fail in the task of preaching the gospel to the ends of the earth; God’s people will complete the Great Commission, reaching all nations in the power of the Holy Spirit (Matthew 24:14). When Jesus returns, He is coming to take His Bride to Himself, a bride who will be on fire with passion for Him (Revelation 22:17).

For more on the Church’s identity as a house of prayer, watch Mike’s series Growing in Prayer. 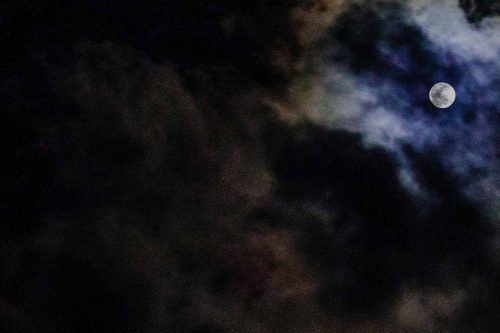 Practicals of Praying through the Night

Praying at night is a key component of night-and-day prayer and is less about when prayer is happening and more about what is taking place and why. 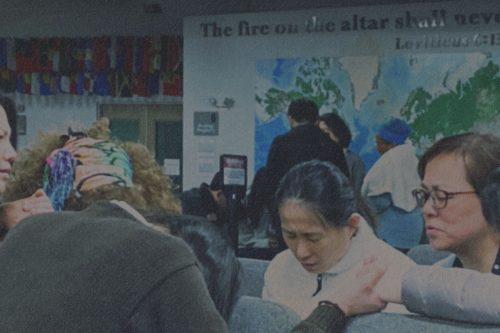 We often cling to God in a crisis; but can the person of Jesus alone motivate us to stay in a continual conversation with Him? What happens when we do? Hear one woman's testimony. 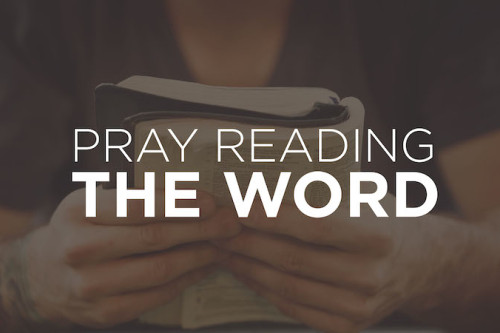 Jesus called us to abide in Him. The essence of abiding is talking to Him—communing with Him and having fellowship with Him.